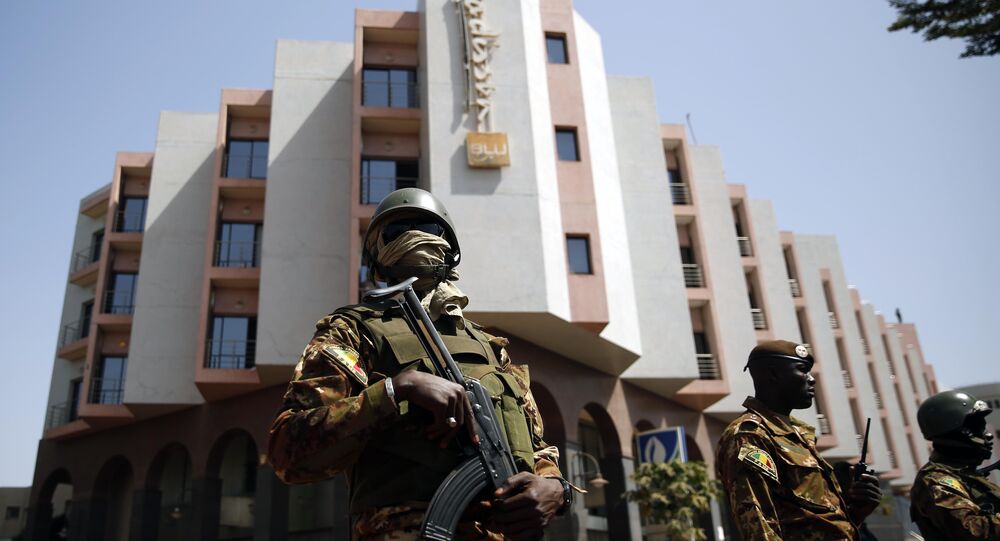 © REUTERS / Adama Diarra
Mali Introduces 3-Month State of Emergency Amid Islamist Violence
MOSCOW (Sputnik) — Bamako, the capital of Mali, is beefing up security measures, including the mobilization of about 10,000 policemen and soldiers, for the Africa-France summit which will be held on January 13-14 and attended by almost 35 state leaders, media reported on Tuesday.

According to Le Monde, 180 people out of thousands that will ensure the safety of the event are members of a special counter-terror unit created in the aftermath of the December 2015 terrorist attack in Bamako's Radisson Blu hotel.

The newspaper reported that Mali security forces were practicing tailing the officials' cars, with thousands of security forces agents stationed along the road for the drill.

Local residents are reportedly unhappy with some of the effects of the upcoming event, such as traffic becoming heavier than usual.

According to other French media, the summit will include sessions on youth, women, economy and elected representatives.

European Commission to Allocate $75 Mln for Development Projects in Mali

US Fears ‘Losing’ Mali to Islamic Extremists – Under Secretary of State