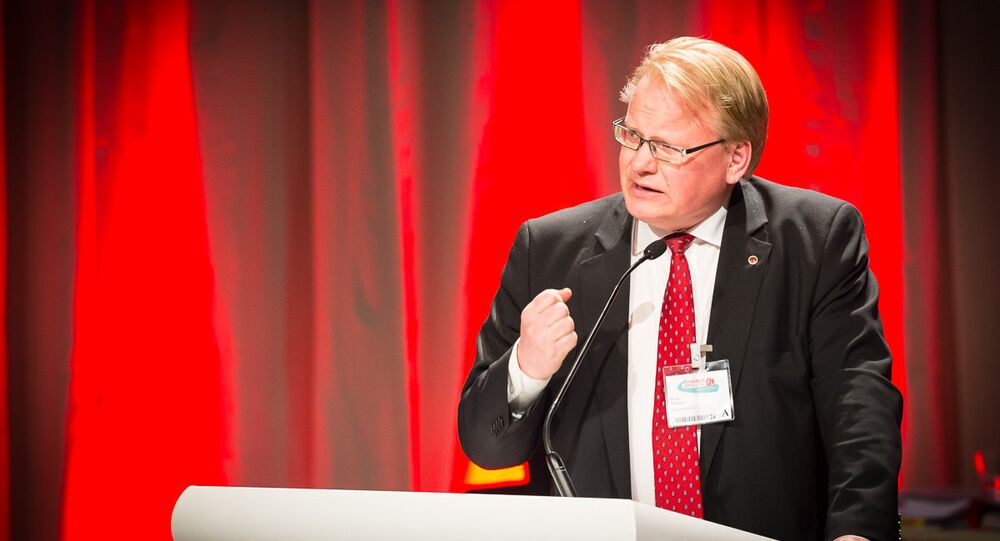 It's been revealed that Sweden's Defense Minister Peter Hultqvist went a safari outing and enjoyed a luxurious stay in Africa, all courtesy of Swedish taxpayers.

© Photo : Pixabay
You Got Caught: Sweden Uses Aid Money to Bribe Ambassadors for UNSC votes
During his business trip to Botswana earlier this autumn, Peter Hultqvist went on a safari trip together with his fellow Swedish delegation members, who also were treated to a five-star reception, which was paid for by Swedish tax-payers, Swedish newspaper Svenska Dagbladet reported.

Botswana's Foreign Ministry invited the Swedish government to attend the country's 50th anniversary as an independent nation at the end of September. The invitation was received as early as February 24th so Hultqvist had five months to plan this trip. Government regulations prescribe that business trips be planned at an early stage so as to keep travel costs down.

Since a government plane was used to fly the Swedish delegation to Botswana, the travel expenditure alone rose to 274,500 SEK (over $30,000), which was billed to the Defense Ministry, Svenska Dagbladet reported. However, the total trip cost also included waiting time for the five crewmen, as well as their salary and per diem costs. According to Swedish Defense Ministry spokesman Jesper Tengroth, the final bill for the Botswana journey may become at least doubled, since some of the expenses have not yet been accounted for.

© Flickr / joenevill
Company You Keep? Swanky Swedish Hotel Disowns 'Alternative Nobel' Gala
According to Jonas Tidemyr of the Swedish Defense Ministry, a government Gulfstream 550 plane was used instead of a commercial airline for security reasons and to allow for a more effective use of time.

The celebrations were held in the Botswana capital of Gaborone on September 30th, with Hultqvist being described as "the only EU minister" present by the Swedish embassy in South Africa. On October 1 and 2, Peter Hultqvist and his five colleagues from the Defense Ministry went on a luxurious safari and stayed at five-star Tau Game Lodge, which had a spa, a pool and a bar with a view of wild animals' watering places, Svenska Dagbladet wrote. The hotel is self-described as "ideal for safari holidays" with "luxurious private facilities." Official meetings resumed on October 3 and 4, after which the Swedish delegation returned to their home country.

"Since it was not possible for the Botswana Defense Minister to sign the cooperation agreement before Monday, October 3, I and my employees settled at a nearby hotel that was preferable security-wise and because it was cost-effective," Peter Hultqvist wrote in a comment to Svenska Dagbladet.