CAIRO (Sputnik) — In September, the military forces loyal to Gen. Haftar recaptured two ports of the so-called "oil crescent" in the Mediterranean from armed groups.

"All facilities were handed over to the NOC, the protection of buildings and oil refining and export facilities was ensured," Mismari told RIA Novosti.

© Sputnik /
Washington Was 'Aware Libya Would Balkanize' After the Fall of Gaddafi
He also added that the success of the Libyan army in regaining control over the oil facilities could be explained by "secrecy of the operation and good coordination both of command and between the various units."

The NOC, created in July after merger of East and West Libyan oil companies, claimed it remained loyal to the Government of National Accord in Tripoli, but also follows the guidelines of the Tobruk-based parliament for the general welfare of the country. 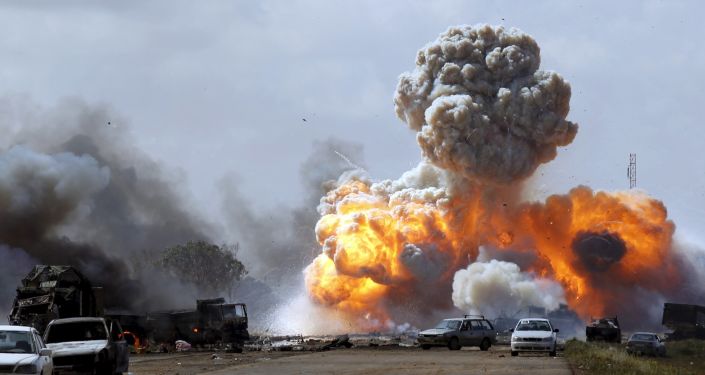 © REUTERS / Goran Tomasevic
Arab Spring in Libya: The Merciless Destruction of a Once-Prosperous State
10
Libya has been in a state of turmoil since 2011, when a civil war began in the country and Muammar Gaddafi was overthrown. In December 2015, Libya’s rival governments — the Council of Deputies based in Tobruk and the Tripoli-based General National Congress — agreed to create the GNA, to form the Presidency Council and to end the political impasse.

The first meeting of the GNA cabinet took place on January 2, 2016 in Tunisia. Nevertheless, Libya’s Tobruk-based parliament still refuses to cooperate with the unity government.

At Least 12 Die as Migrant Boat Capsizes Near Libyan Coast

Are Western Powers on Track to Make Syria the New Libya?