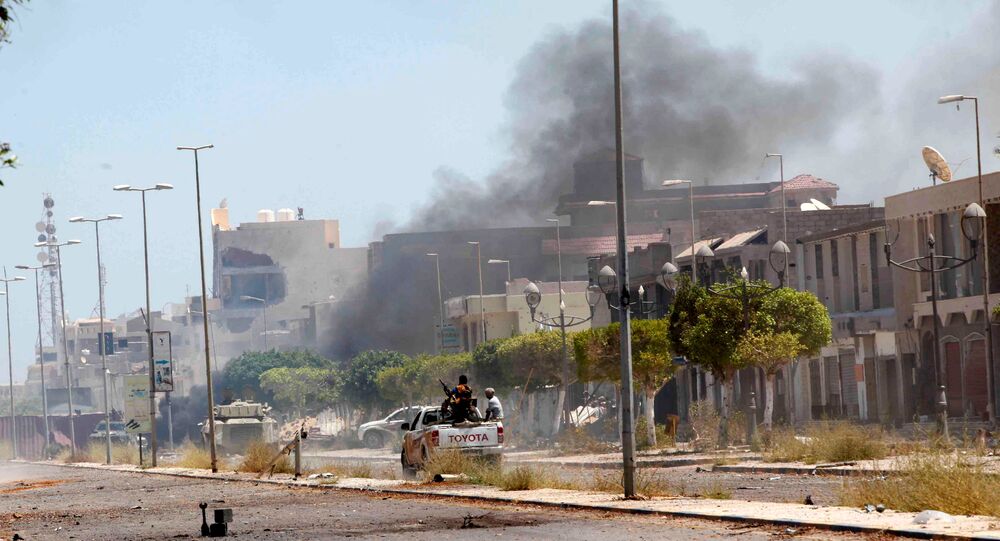 US Forces Conduct 14 Airstrikes Against Daesh Positions in Libya's Sirte

US air forces launched 14 strikes against Daesh positions near the Libyan city of Sirte, according to the statement of the US Africa Command.

WASHINGTON (Sputnik) — US forces conducted 14 airstrikes against Daesh positions near the Libyan city of Sirte, striking 28 of the militants’ fighting positions on Monday, the US Africa Command said in a press release.

"This…brings the total number of airstrikes in support of Operation Odyssey Lightning, which began Aug. 1, to 367," the Tuesday release stated.

The Africa Command previously reported three of the airstrikes, which hit 10 Daesh fighting positions, on Monday.

© AFP 2020 / Ismail Zitouny
Libyan Forces Begin Final Assault on Daesh in Sirte
The airstrikes, conducted in support of Libya's Government of National Accord, are intended to help deny the Daesh terror group a safe haven in Libya from which it could attack the United States.

On Monday, Libyan forces aligned with the Government of National Accord began a final offensive against the Daesh in Sirte, according to the operation’s press service.

The Islamic State gained a foothold in Libya in the turmoil following the 2011 ouster of the country’s longtime leader Muammar Gaddafi. The terror group, also known as Daesh in Arabic, is outlawed in Russia and numerous other countries.

US Conducts Seven Airstrikes Against Daesh Positions in Libya’s Sirte