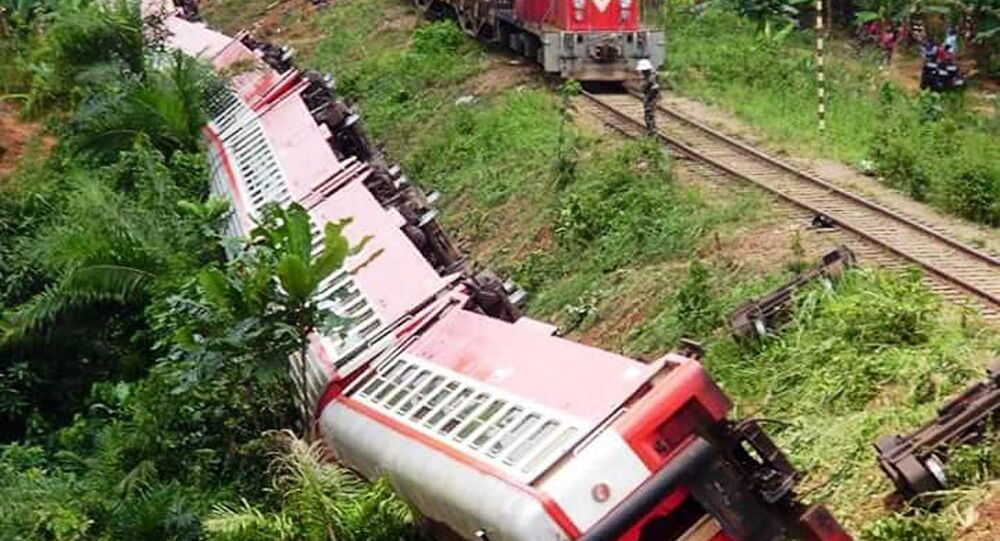 Cameroon's transport minister Edgar Alain Mebe Ngo'o says that at least 53 people have been killed, with another 300 injured, in a train derailment.

"There was a loud noise. I looked back and the wagons behind us left the rails and started rolling over and over. There was a lot of smoke," said a Reuters journalist who was onboard the train.

The overcrowded passenger train was travelling between the capital of Yaounde and Douala. The crash occurred just outside the city of Eseka. While the train is meant to carry 600 people, rail officials say 1,300 were onboard at the time of the accident.

The collapse of a bridge on one of the central African nation's main highways forced more travelers onto the train.

"Rescue workers arrived and they are pulling bodies from the wagon. I've already counted around 40 bodies they've removed, but I cannot confirm if they are dead or wounded," one passenger identified as Rachelle Paden said.