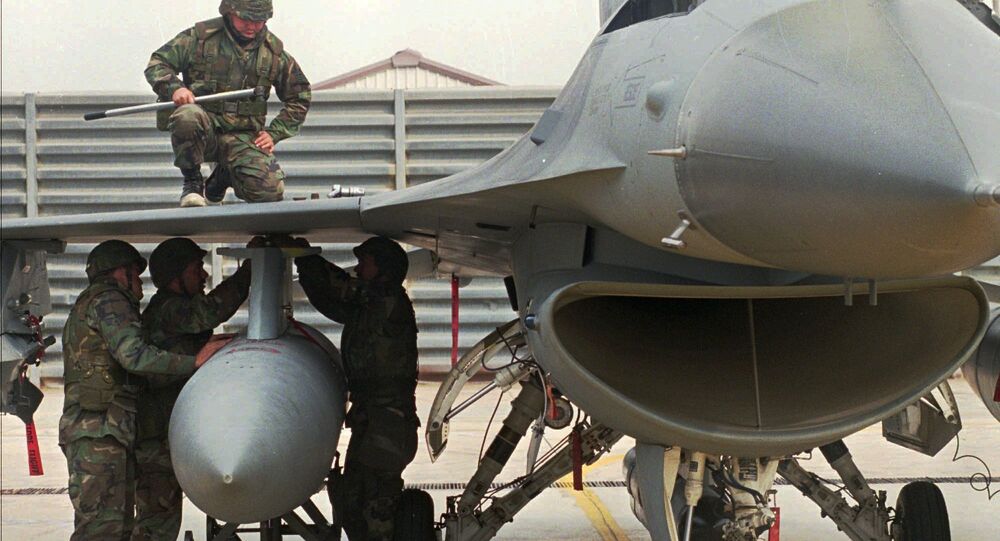 Revealed: US Fighter Jets, Troops Have Been Deployed in East Africa Since July

The US Air Force deployed a fleet of aircraft to east Africa over the summer to respond to potential threats in South Sudan.

A statement released by US Africa Command on October 13 indicates that the Pentagon has been prepared to engage in South Sudan since July, when the US Air Force quietly moved a number of F-16 fighters and KC 135 refueling tankers to Camp Lemonnier in Djibouti.

© Wikipedia / Matthew J. Apprendi
Oil Could Lie at the Root of US Growing Military Presence in Africa

"[The deployment was a] precautionary measure in order to protect Americans and American interests in South Sudan if required," said a statement from US Africa Command, according to Stars and Stripes.

"These assets have remained in Djibouti out of an abundance of caution in response to that situation in South Sudan."

Defensive in nature, the deployment was a response to diplomatic personnel coming under fire.

"I can say that we do not believe our vehicles and personnel were specifically targeted in the attack," US State Department spokesman Mark Toner told reporters in September.

"It’s our assessment that the attack was connected to the breakdown of command and control among South Sudanese government forces, and we have demanded that the government of South Sudan investigate this incident and punish and hold accountable those responsible for it."

Also on Thursday, the US military launched strikes on three radar installations in Yemen. A response to recent threats made on naval vessels in the Red Sea, this marked the first time the United States has directly engaged in the Yemen conflict.

The strikes came in the wake of recent missile attacks on the USS Mason and other US Navy ships operating in international waters near the Bab al-Mandab Strait that separates Yemen and Djibouti.

"These limited self-defense strikes were conducted to protect our personnel, our ships and our freedom of navigation in this important maritime passageway. The United States will respond to any further threat to our ships and commercial traffic as appropriate, and will continue to maintain our freedom of navigation in the Red Sea, the Bab al-Mandeb and elsewhere around the world."

US Certain Houthi Rebels Behind Attack on American Ships in Yemen

US Military Strikes in Yemen Not Part of Broader Conflict - Pentagon