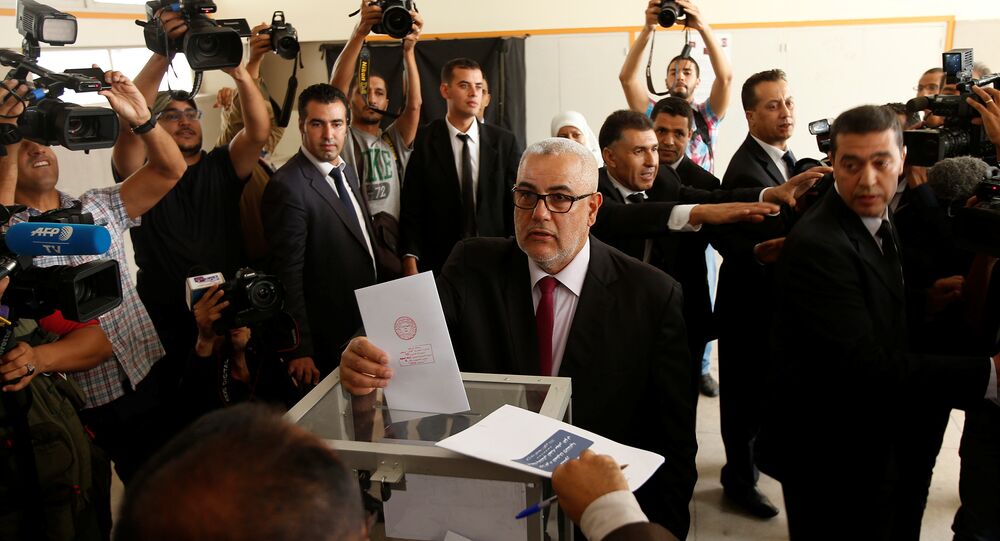 The voting procedure to elect members of the House of Representatives, Morocco's lower house of parliament, was held on Friday.

​The ruling Islamist party won 99 seats, while the other frontrunner — the liberal opposition Authenticity and Modernity Party — took 80 seats, according to the results issued after over 90 percent of the votes were counted, the Middle East Eye online news organization said.

Thus, the ruling party retained its leading position and will be able to head the coalition government.

​The elections were held in Morocco for the second time since the 2011 Arab Spring demonstrations.

Morocco is a constitutional monarchy adhering to a dualistic system, where the power of the monarch is predominant. The monarch has the right to appoint the prime minister and to remove him from the office, as well as to dissolve the parliament.

Morocco Goes to the Polls | Fracking Debate Reignited Across UK

Morocco on Track to Compete With Turkey, Tunisia for Russian Holidaymakers