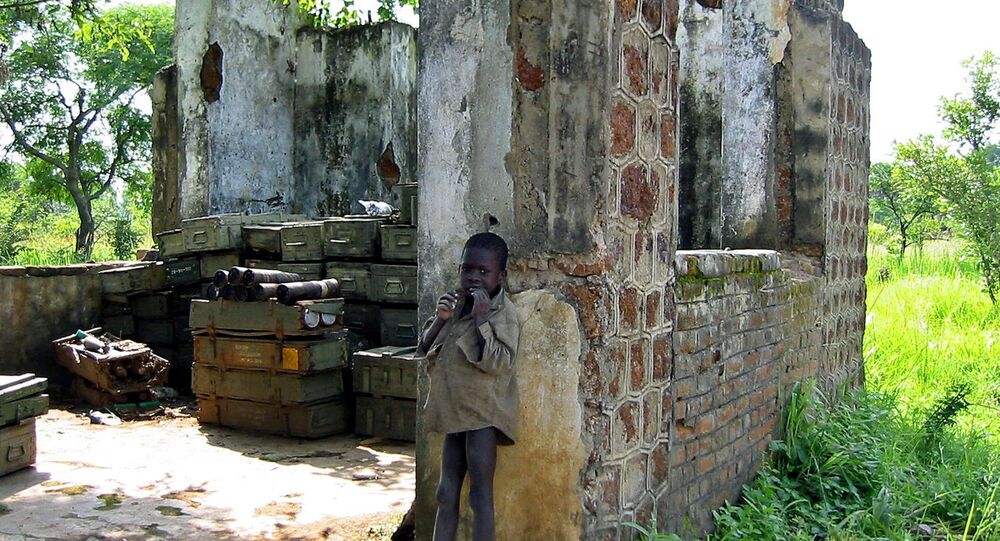 UN Refugee Agency spokesperson William Spindler said that the security situation for South Sudan's Yei's 60,000 residents deteriorated after violence broke out in the capital city of Juba in July.

"This is the first time that the population in Yei — primarily farmers living on commercial and subsistence agriculture — has become a direct target of violence, and on suspicion of their belonging to opposition groups," Spindler said. "They urgently need humanitarian assistance."

The security situation for Yei's 60,000 residents deteriorated after violence broke out in the capital city of Juba in July, Spindler explained.

Earlier in September, more than 30,000 people left Yei to escape attacks against civilians in surrounding areas.

© AFP 2021 / CHARLES LOMODONG
US to Provide $138Mln in New Humanitarian Aid to South Sudan - Kerry
Spindler said the price of basic commodities, including food and medicine, has skyrocketed, and residents have reported their own supplies were looted.

Additionally, Spindler said there were reports of many young men being detained, sexual violence and indiscriminate killing.

An armed ethnic conflict erupted in South Sudan in December 2013, only 18 months after the nation gained independence from Sudan.

According to the United Nations, more than two million people have fled the country and another 1.61 million are internally displaced.