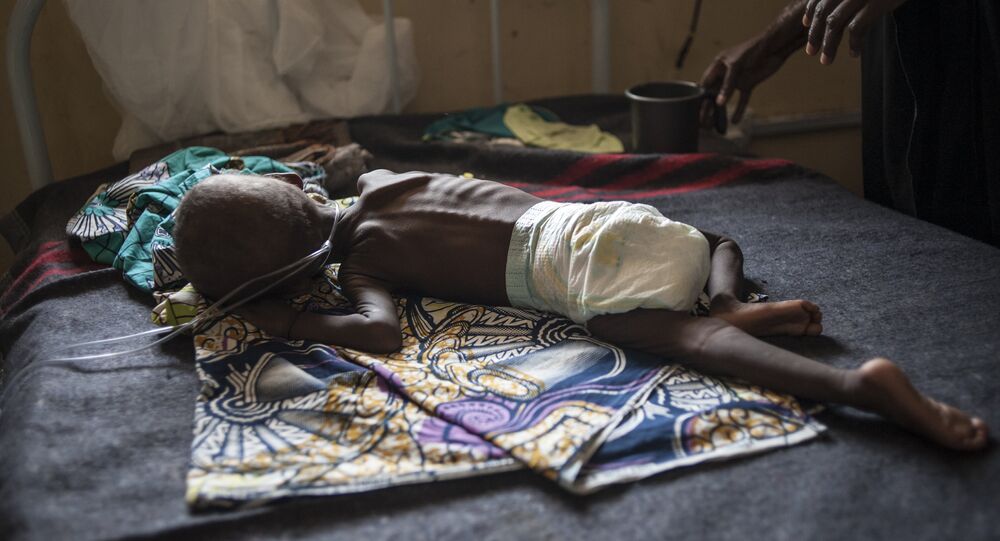 Africa's unrelenting population growth is set to increase the pressure of refugees attempting to reach Europe. While Europe has been focusing on preventing the refugee crisis, its measures to alleviate the situation in Africa have been largely deficient, senior Swedish diplomat Anders Östman argues.

© AFP 2020 / Gabriel Bouys
Danish Overseas Aid May Send More Refugees to Europe
The main debate in Europe currently circulates around refugees. However, many of the asylum-seekers in Europe have, strictly speaking, no grounds for asylum under the official UN definition and would more aptly be classed as emigrants seeking better living conditions.

Nevertheless, Europe seldom focuses on what is really happening in the countries people are leaving and those countries' own responsibility for the situation, Anders Östman, who has represented Sweden's International Development Cooperation Agency in Uganda, Mali and Liberia, and represented UNICEF in Rwanda, argued in an opinion piece for the Swedish daily newspaper Svenska Dagbladet.

Sweden is one of the world's most generous contributors to development cooperation and relief aid in relation to its GDP, yet emigration from the African continent continues. Furthermore, migration from Africa is only bound to increase pressure on Europe due to the population growth in sub-Saharan Africa. According to Östman, the current forms of aassistance only marginally affect the exodus. Soon, countries such as Nigeria, which boasts the world's eighth largest population, will face enormous difficulties providing for their own populations.

According to Östman, one of the reasons for Africa's perennial famine is that African leaders have an essentially negative view of agriculture and live with a delusion of modernity; that industries and technology promise to allow the African continent to catch up with the rest of the world's economy. Östman pointed out that generous European and Swedish aid only foments this aberration.

"Sometimes it is claimed that increased and better aid could reduce the influx. Economic, social and cultural factors do certainly influence people's choices, but contacts and communication, which in recent years have dramatically increased through globalization, are obviously stronger incentives for those who choose to leave. West African footballers-turned-millionaires in the Premier League have become great symbols of how to succeed in Europe," Östman pointed out.

© Flickr / News Oresund
Nordic Facelift: Scandinavian Population Changes Ethnicity
According to Östman, overseas aid should instead focus on the development of agriculture and creating better living conditions. Additionally, a solid agricultural sector could serve as a base from which the so-coveted industrialization may begin.

Today, however, most countries in Africa cannot feed their own population, largely due to decades of mismanaged agriculture policy. The growing foods imports prompt the staggering flight of the rural African population to the cities, despite scarce jobs and no prospects. Hence there is only one way out — to embark on a perilous journey across the Mediterranean Sea.

Last year, the EU border monitoring body Frontex reported over 1.8 million illegal border crossings into the region. According to the international project Missing Migrants, a total of 3,501 died in numerous naval accidents in the Mediterranean Sea en route to Europe, as opposed to last year's 3,675 deaths, which Östman called "a disgrace for Europe."

One Exodus From Africa Populated Our Whole Planet, Study Confirms

More Than 220,000 Refugees From Africa Plan to Cross Mediterranean Into EU