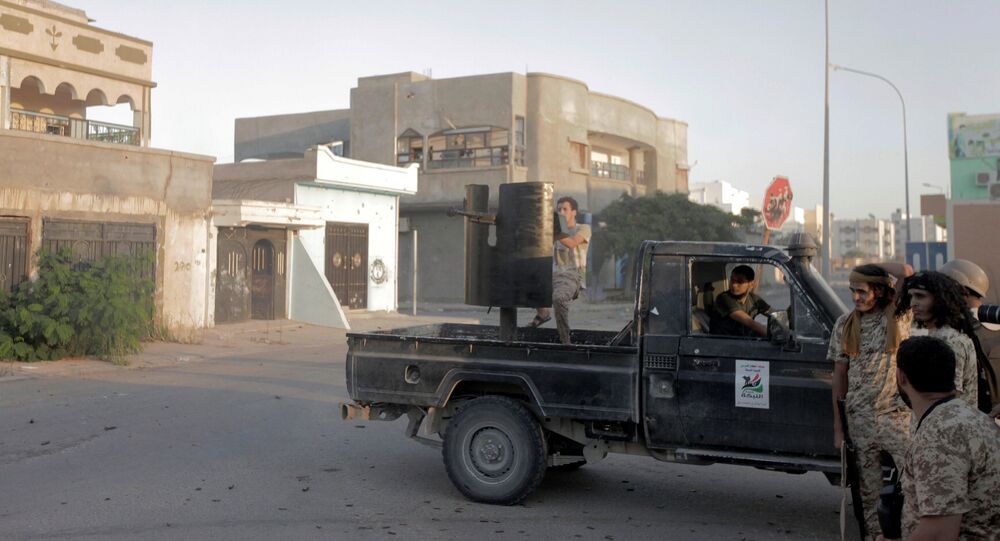 US airstrikes significantly reduced Daesh ability to utilize heavy weapons and enemy fighting positions, as well as reduced the number of vehicle-born improvised explosive devices intended for attacks on Libyan forces, according to Department of Defense spokesperson Michelle Baldanza.

© REUTERS / Stringer
Daesh on Brink of Being Kicked Out From Libya's Sirte
WASHINGTON (Sputnik) — US airstrikes against the Daesh positions in the Syrian city of Sirte have reduced the terror group’s ability to attack Libyan Government of National Accord (GNA) forces on the ground, Department of Defense spokesperson Michelle Baldanza told Sputnik on Tuesday.

Operation Odyssey Lightning was launched on August 1 at the request of Libya’s Government of National Accord (GNA). It is intended to allow state forces to make a strategic advance against the Islamic State’s positions in Sirte, according to the US Department of Defense.

Last week, GNA intelligence chief Col. Ismail Shukri said the Islamci State has lost most of the territory it seized inside Sirte. Shukri claimed that only around 200 Daesh fighters remain in the city.

© AFP 2020 / DELIL SOULEIMAN
Boots on the Ground? US Forces Active in Libya, Fighting Near Sirte
Baldanza said on Tuesday that several hundred Daesh fighters may still be inside Sirte, but explained that the US Defense Department constantly reassesses the group’s presence.

The Daesh strength throughout Libya has been assessed to be approximately 5,000, she noted.

The Daesh has been outlawed in the United States, Russia and numerous other countries around the world. The terror group has gained a foothold in Libya in the turmoil following the 2011 Western-supported overthrow of the country’s leader Muammar Gaddafi.