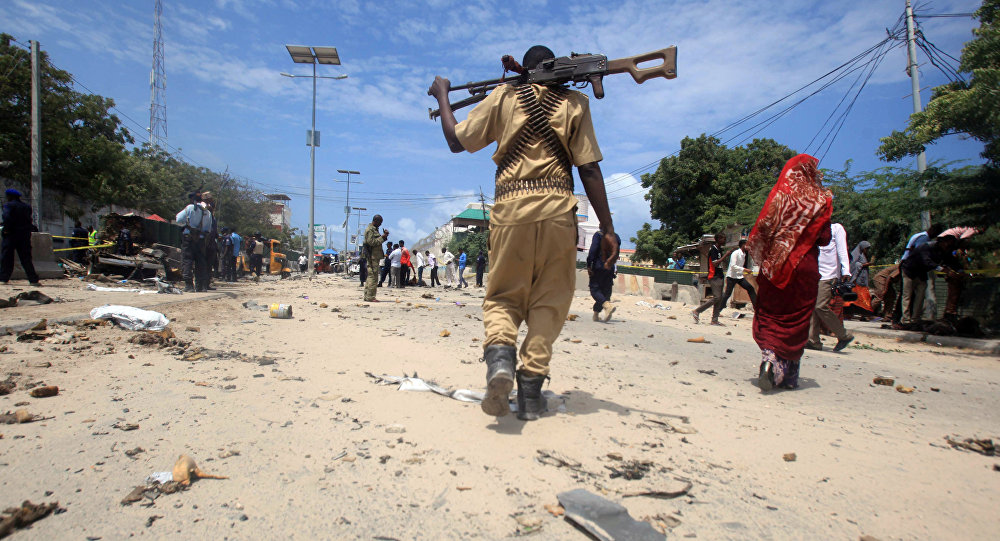 The UN Assistance Mission in Somalia (UNSOM) condemned on Sunday twin deadly blasts in the country’s north targeting at the local government.

At Least 15 Killed in Twin Explosions Near Local Gov't Office in Somalia
MOSCOW (Sputnik) – Earlier in the day, two consecutive explosions in Somalia’s north-central Mudug region hit local government headquarters and emergency services at the scene, killing up to 15 people, according to media reports.

The organization added that terrorist attacks would not affect upcoming parliamentary and presidential elections in Somalia set for the coming fall.