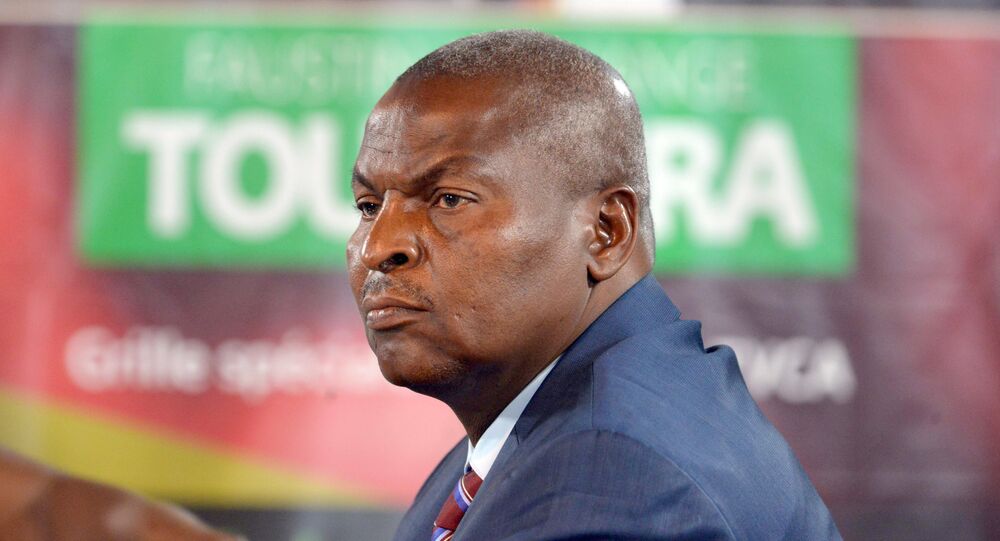 EXCLUSIVE: CAR to Keep Up Pressure on France Over Child Sexual Abuse Claims

The Central African Republic (CAR) will not back down on its attempts to hold French troops accountable for alleged child abuse during the country's years of civil war, the African nation's president told Sputnik in an interview.

MOSCOW (Sputnik) — A UN report leaked in April 2015 and witness evidence that emerged more recently implicate French troops and some UN peacekeeping forces in sexual violence against children in camps for the internally displaced. France opened a judicial inquiry into the allegations in May 2015 but there has been little progress to date.

"France must see to it that justice is done. We want victims’ rights to be observed and we have spoken about it with France so that they see a fair judgment delivered. We are watching this case," President Faustin Archange Touadera said.

© AFP 2021 / THIERRY CHARLIER
EXCLUSIVE: President of Central African Republic Urges Militias to Disarm, Reintegrate
President Touadera has met twice with his French counterpart, Francois Hollande, in the past few months. Hollande paid a surprise visit to the country in May 2016 to discuss the French military presence there. He vowed that any French troops found guilty of abusing children in CAR would be punished.

"We and the victims believe it has been taking a long time but we hope for closure and sanctions. The people expect this outcome, especially those who were hurt," the Republic’s leader stressed.

France sent more than a thousand troops to its former colony in 2013 in a bid to quell an uprising by Muslim rebels who seized CAR’s capital. The operation, named Sangaris, was backed by the UN, which sent in a peacekeeping force the following year.