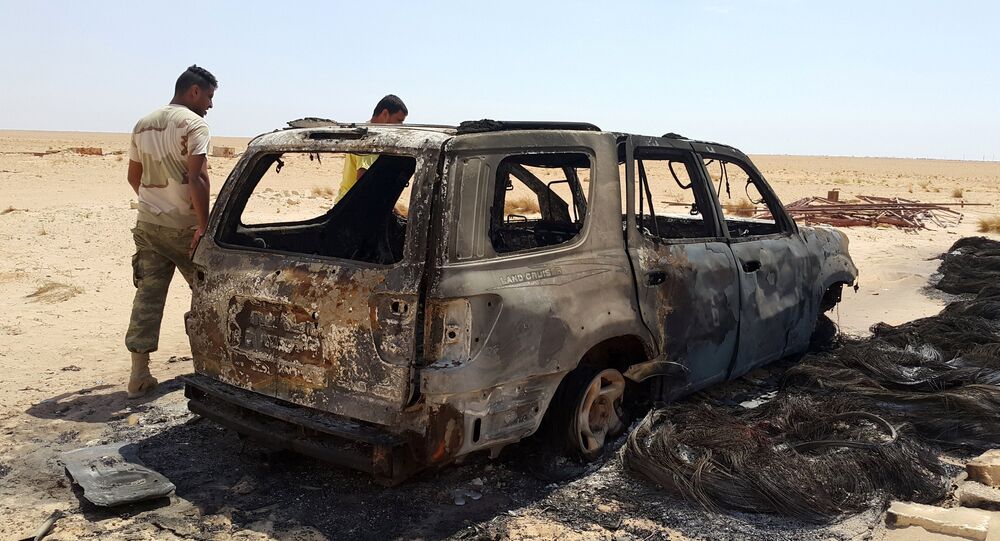 © REUTERS / Khalid al Mousily
Death Toll of Baghdad Suicide Bombing Attack Climbs to 324
MOSCOW (Sputnik) — According to Al Arabiya broadcaster, no group has so far claimed responsibility for the attack. No details were immediately available.

Libya has been in a state of turmoil since 2011, when a civil war broke out in the country and long-standing leader Muammar Gaddafi was overthrown and killed. The country has been contested by two rival governments — the internationally-recognized Council of Deputies based in Tobruk and the Tripoli-based General National Congress. The Government of National Accord has failed so far to unite the country.

In July, Libyan forces led by Gen. Khalifa Haftar, the commander of the armed forces loyal to the Tobruk-based government, managed to retake control of a Benghazi neighborhood from extremists. The advance came as part of the forces' operation in Benghazi to counter Daesh, which is outlawed in Russia and many other countries, and other extremist groups.