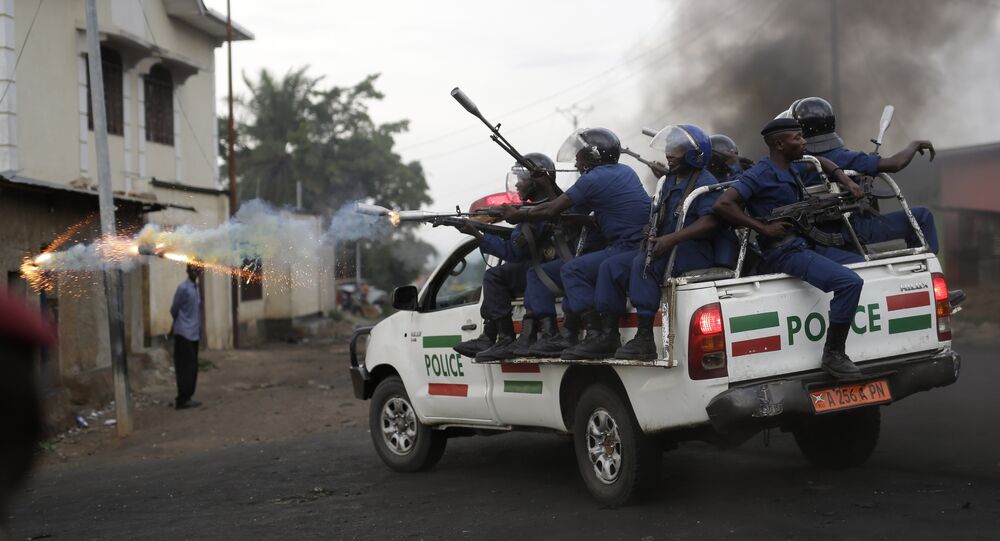 The UN Security Council has adopted a resolution allowing the deployment of over 220 police officers in the conflict-torn country.

In April 2016, the UN Security Council asked UN Secretary General Ban Ki-moon for the deployment of a UN police force in Burundi. The April UNSC resolution also encouraged an all-inclusive inter-Burundian dialogue with the participation of all parties committed to a peaceful solution to the crisis in the country.

Since late April 2015, Burundi has been undergoing a political crisis as current President Pierre Nkurunziza announced his bid for a third term in office, despite being constitutionally bound to step down after two terms. His third-term election was followed by an attempted coup in May 2015.

At least 439 people were killed in Burundi since April 2015, as a result of the government’s crackdown on the opposition and its supporters, according to the UN High Commissioner for Human Rights (OHCHR).

So far, 32 human rights observers and 15 military observers have been deployed to Burundi, according to the UNSC.