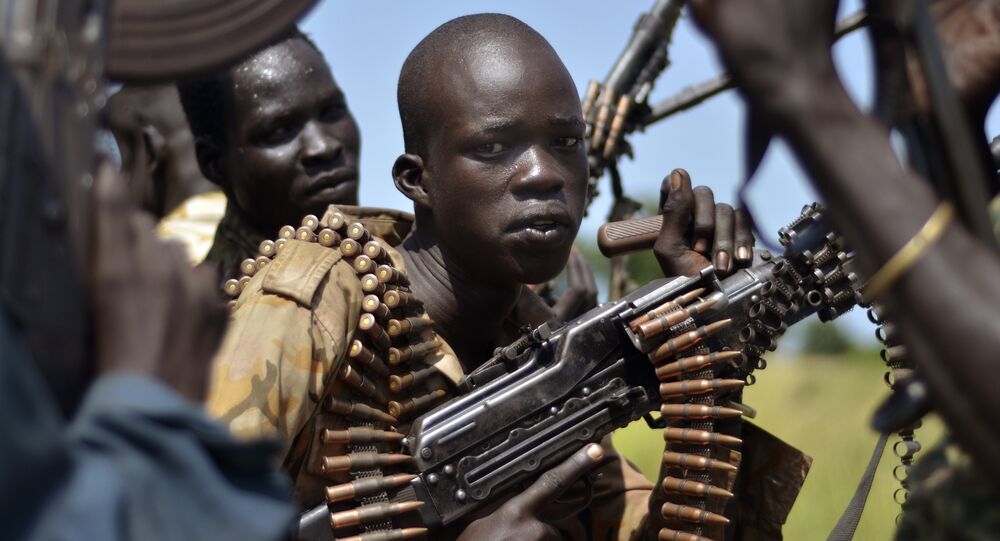 The short-lived peace agreement between the Dinka and Nuer Tribes of South Sudan gave way to a wave of violence this week with tanks and helicopter gunships targeting the country’s Vice President.

Tensions mount in South Sudan after forces loyal to Vice President Riek Machar said his residence was attacked by the president’s troops, igniting fears that the five-year-old nation could descend into a bloody civil war.

Government spokesperson Michael Makuei expressed on behalf of the President of South Sudan that the situation was under control while urging people to stay at home while.

The two leaders, however, fought against each other in a two-year civil war that started in 2013 with their rival factions breaking out into intense fighting late Thursday. According to the Health Ministry, at least 272 people were killed in the intense round of fighting.

Nonetheless, as recently as Thursday the two leaders – Vice President Machar and President Salva Kiir implored the warring factions to come together in peace for the good of the country leaving many to wonder whether the attack on the VP’s residence was coordinated with the consent of the government or was undertaken against its wishes.

On Sunday, United Nations Secretary-General Ban Ki-moon said that Kiir and Machar need to take "decisive action" to regain control of the security situation in Juba and urged each to order their forces to withdraw to their base until tensions subside.

"I am deeply frustrated that despite commitments by South Sudan’s leaders, fighting has resumed," Ban said in a statement. "This senseless violence is unacceptable and has the potential of reversing the progress made so far in the peace process."

The United Nation’s mission (UNMISS) expressed "outrage at the resumption of violence" saying that it was forced to take in hundreds of people from Juba seeking shelter from the horrific fire fight.

The most recent battle appears to not have intentionally targeted civilians with nearly 90% of the deaths in the recent round of fighting being forces engaged directly in the conflict according to the health ministry.

However, the government’s report that forces loyal to President Kiir did not engage in indiscriminate violence against civilians is contested by firsthand accounts recorded by Reuters.

One such individual, who only gave the name Steven, said by telephone that "I saw bodies of civilians and others… moving with blood on their bodies."

The push back towards a civil war posture comes less than a year after Vice President Machar and President Kiir signed a peace deal, but analysts believe the deal was doomed to fail as the two sides refused to reintegrate and demobilize their troops.

© REUTERS
Did Saudi Arabia Create the Terrorism that Now Plagues it?

The conflict in South Sudan has also been instigated in large part by changes in global climate patterns with competing tribes territory shifting due to movement in the location of prime grazing and farming land in the impoverished country of 11 million where many struggle to survive for lack of food.

The South Sudan civil war that began in 2013 was largely fought along tribal lines between the Dinka and Nuer tribes.