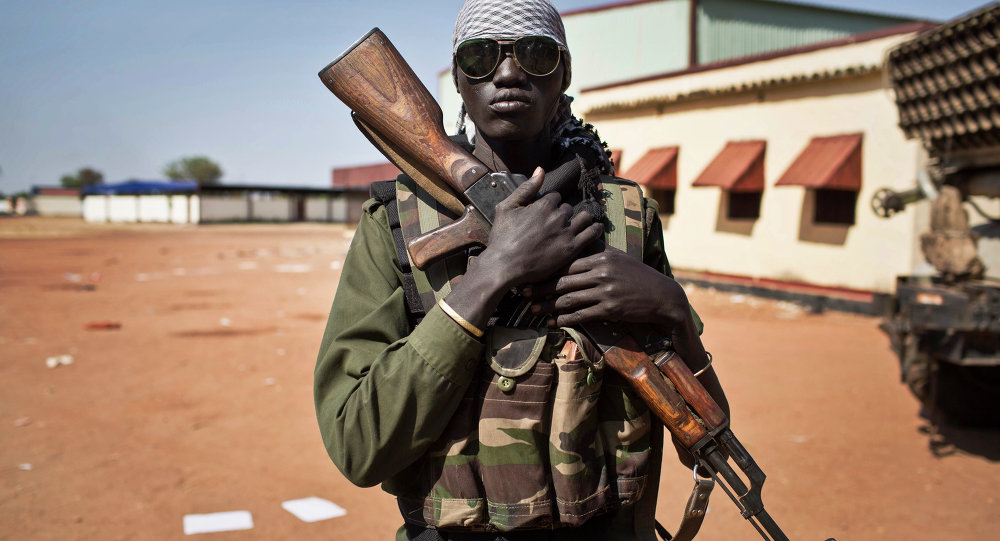 Gunfire resumes in Juba, South Sudan's capital, according to the UN Mission in the country.

United Nations reports military activity in Juba with heavy weaponry being used close to a UN base.

​​The death toll has risen to 272 people in just a week of fighting between President Salva Kiir's troops and those loyal to Vice President Riek Machar, according to a source from the Ministry of Health as reported by Reuters.

The president's forces are the ones who initiated the fight, launching an attack against the opposition's troops based near the capital, local Radio Tamazuj reports with referense to multiple sources.

© AP Photo / Jason Patinkin
Five Years of Independence Amid Economic Collapse and Suffering in S Sudan
Civil war broke out in South Sudan in late 2013 between the country's government and opposition forces after President Salva Kiir Mayardit accused opposition leaders Riek Machar and Pagan Amum of planning a coup. Tensions between the Dinka and Nuer ethnic factions in the Presidential Guard escalated into hostilities in the nation’s capital, Juba, before spilling over to other areas.

In August 2015, Kiir and Machar signed a peace deal for the formation of the Transitional Government of National Unity.

Over 10,000 people had died by early 2015 as a result of the fighting, according to the Armed Conflict Location & Event Data Project. Almost two million civilians had been displaced by mid-2015, according to the United Nations.

Republic of Sudan to Continue Coordinating Inter-Sudan Talks With Russia

Sudan's Darfur Votes to Maintain Multi-State System in the Region