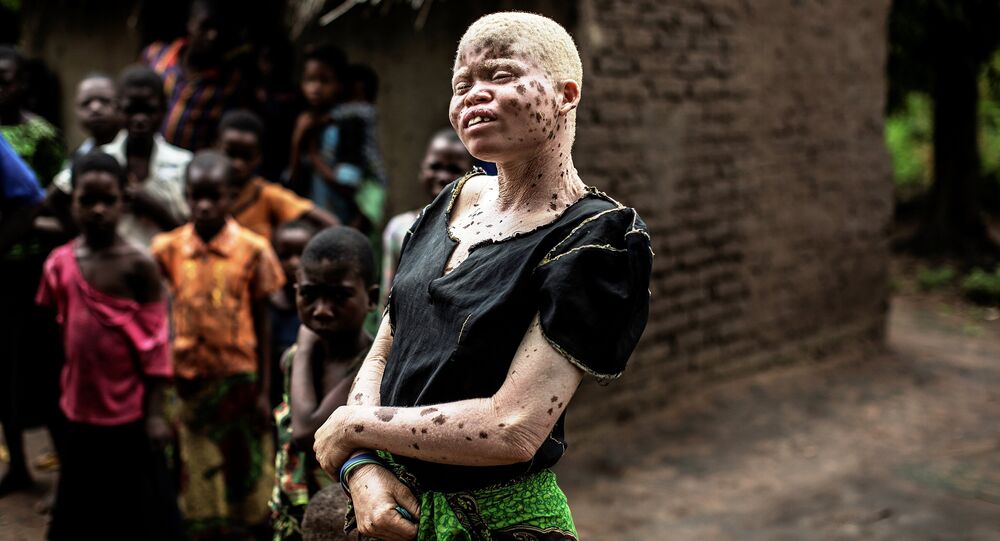 Albino Abuse in Africa: 'They Thought I Had Talcum Powder on My Skin'

Since 2014 there has been a huge increase in the number of people in Malawi who have been abused and even killed because they are albino.

In a report by Amnesty international, titled, "'We are not animals to be hunted or sold': Violence and discrimination against people with albinism in Malawi," discusses the recent figures and the fact that Albion's have faced abductions, killings and there have even been grave robberies by individuals and criminal gangs. At least 18 people have been killed and five remain missing since 2014.

According to the Malawi Police Service at least 69 cases involving crimes related to people with albinism have been reported since November 2014. Albinos are being targeted for their body parts as many on the African continent believe them to be good luck charms which harbor special magical powers that can cure disease.

This view is shared by Stephane Ebongue, a journalist from Cameroon, who had to flee his home country because he was an albino.

"There are a lot of superstitions and they differ from one region to another. The bottom line is the fact that albinos look different. They think we have poor sight in the day and good sight at night. They think that albinos are special human beings in Cameroon and lucky, [they think] that going to bed with an albino girl will make you happy," Stephane told Sputnik.

The news that some parts of Africa have seen an increase in albino deaths has come as no surprise to Stephane, who had to leave Cameroon in 2007, after his life was threatened. Stephane had spent majority of his life in Cameroon and recalls his childhood as being a happy time, however he always knew he was different.

"…When I was a child, I had a normal childhood until my classmates started to touch my skin or ask me where I was from as they thought I put white talcum powder on my skin. I began to know that I was different and my parents began to help me."

However, escaping the traditional beliefs of his culture was much harder. People believe that albinos are special and so they are hunted down for their body parts, as society thinks they harbor some kind of magical power.

"In the south-west part of Cameroon, they think there lives Epasamoto, who is half-man [half-stone]. The community thinks that when the mountain erupts he is angry and to stop his anger they think they need to sacrifice albinos. Officially, no government will admit that these things happen. Looking at magical potions, the people who want to win elections and who make laws or are in charge of enforcing the law are involved in these actions [the killing of albinos]," Stephane told Sputnik.

Stephane recently returned to Cameroon to visit a witch doctor and question him on why he wanted to kill albinos and what was behind the terrible practice.

"It was significant meeting with the witch doctor and it was important to let people know what was happening. I was happy but I was angry because of what he was saying. I am an albino and I was shocked by what he said, but I could not be emotional as I was questioning [him] as a journalist," Stephane said.

However, there have been some changes that will hopefully protect albinos from being abused, abducted and killed. Stephane believes the solution is education. When an albino is educated and has a good job they have a better chance of being respected in the community.

"When an albino has a good social position he/she is not marginalized as people take them for what they are and do not think of them as an albino. If we push them to go to school and get educated it will be hard for them to be marginalized, Stephane said.

"If he is a doctor it will be very difficult to marginalize him. But if we only talk about it instead of doing practical things this will not happen. That is why we are doing more practical things to send them to school and to give them an education."