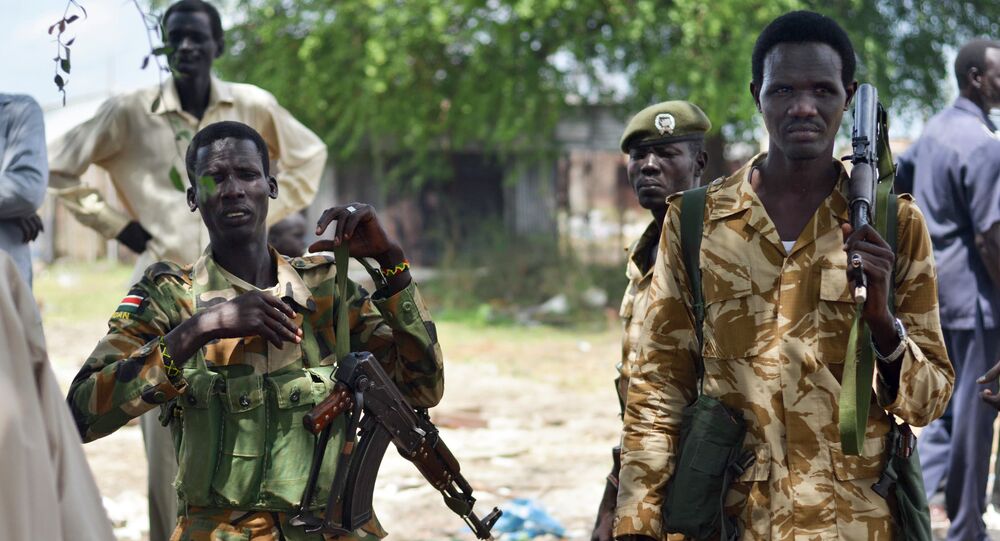 South Sudan should immediately end violence against civilians in the South Kordofan province and allow immediate humanitarian access to the area, the Troika countries said in a joint statement on Friday.

WASHINGTON (Sputnik) — The statement came following the aerial bombardment of civilians in Kauda and the Heiban area of South Kordofan on May 25, which also targeted an elementary school.

"The Sudanese government has a responsibility to protect all its citizens," the Troika, which comprises the United States, United Kingdom and Norway, stated. "We urge all parties to end the violence and allow immediate humanitarian access to those in need."

The Troika also noted that Sudan’s expulsion of Ivo Freijsen, the head of the UN Office for the Coordination of Humanitarian Affairs (OCHA), from the country "contributes to the increasingly difficult environment to address humanitarian needs in Sudan."

On May 22, Freijsen said he was informed his annual "stay permit" would not be renewed when it expires in June, effectively barring him from the country.

After breaking away from Sudan in 2011, South Sudan has been gripped by civil war since 2013 as South Sudanese President Salva Kiir dismissed his Vice President Riek Machar. In April 2016, the warring parties stroke an internationally brokered deal returning the vice president post to Machar.

At present, more than 5.4 million people in South Sudan are in need of humanitarian aid, according to the Troika.