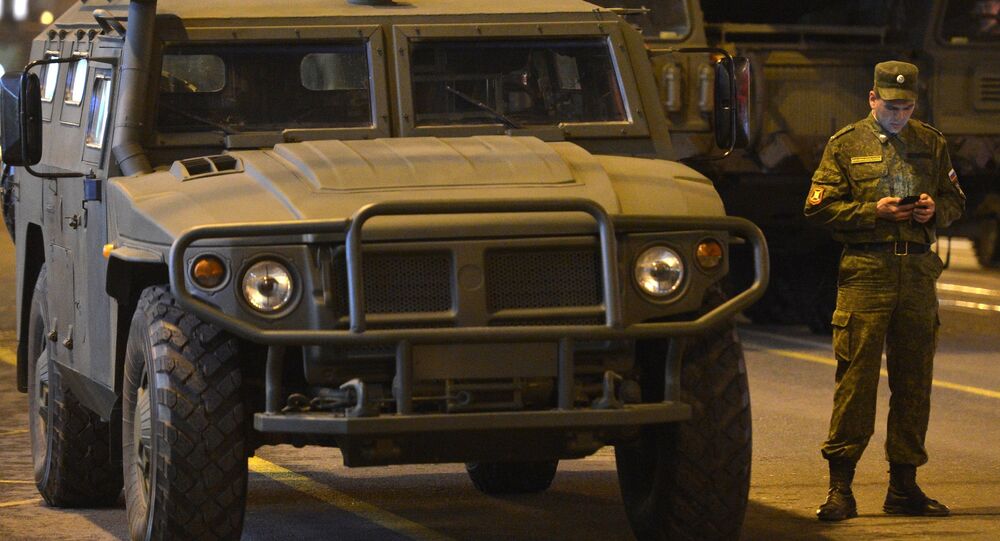 Russia is ready to supply Zimbabve with different types of transport equipment, cars and off-road vehicles as well as to organize their production in the country, the protocol of the joint intergovernmental commission on economic cooperation revealed.

VICTORIA FALLS (Zimbabwe (Sputnik) — According to the document, Russia's Tractor Plants Concern is interested to export to Zimbabwe the whole spectrum of its bulldozer and pipe laying equipment, as well as full track off-road vehicles, communal and agriculture vehicles to operate in road-building, oil and gas, mining and agricultural industries.

© Sputnik / Vitaliy Bezrukih
Russia, Zimbabwe to Start Building Platinum Production Complex in 2016
In particular, Russia's Military Industrial Company is interested to supply Zimbabwe with special Tigr class off-road vehicles with the prospect to organize their production in the country.

Russia's United Wagon Company is expected to hold talks on delivery of freight cars and components to Zimbabwe, the commission's document revealed.

The protocol also reads that Russia’s machine-building company Uralvagonzavod was interested in expanding cooperation with Zimbabwe, including the deliveries of end product and creation of joint production.

According to the Russian Industry and Trade Ministry, the volume of the Russia-Zimbabwe trade amounted to $45 million in 2015 and increased by 75 percent in comparison with 2014.