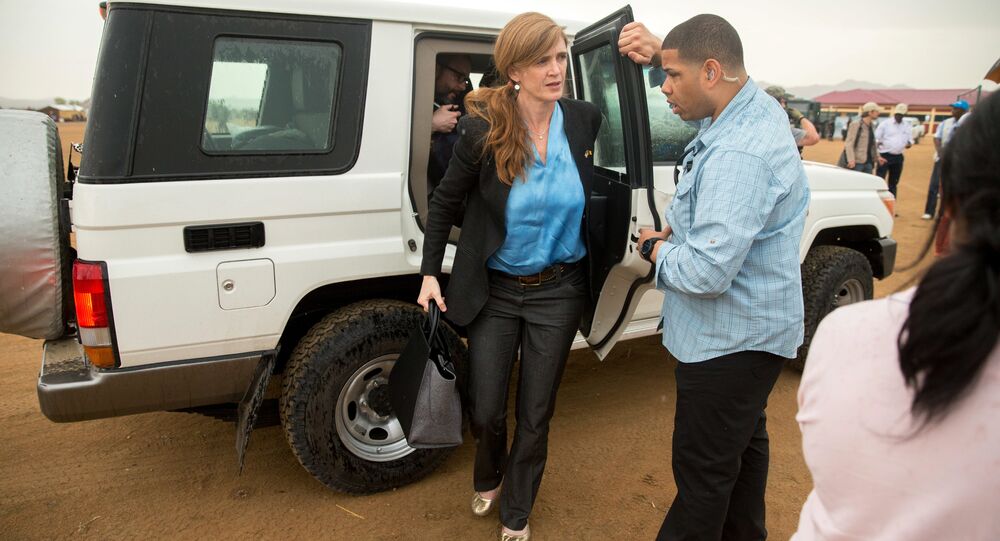 Vehicles in United States Ambassador to the UN Samantha Power’s motorcade were traveling in excess of 60mph on an underdeveloped two-way road when the death occurred.

On Monday, an armored jeep in the motorcade of United States Ambassador to the United Nations Samantha Power hit and killed a boy in the African country of Cameroon.

The accident occurred near the Moloko Township in northern Cameroon. The Ambassador and her aides were planning to meet refugees and others displaced by regional conflict.

Vehicles in the motorcade were traveling in excess of 60mph as people lined up on the side of the road to watch. The sixth car in the convoy was unable to stop in time when a child ran onto the two-lane road.

After hitting the boy, the car was ordered to continue on through the unsecured area rather than stopping. An ambulance, further down in the US convoy, brought the boy to a hospital, where he was pronounced dead.

The UN Ambassador returned to the scene of the accident hours later to meet with the family of the deceased 7-year-old boy and to "offer our profound condolences and our grief and heartbreak."

Following the tragedy, the motorcade reportedly slowed to a more steady pace for the remainder of the day. The driver of the vehicle was a native to Cameroon where vehicle accidents are common, mostly due to speeding and inebriated drivers on unpaved roads.