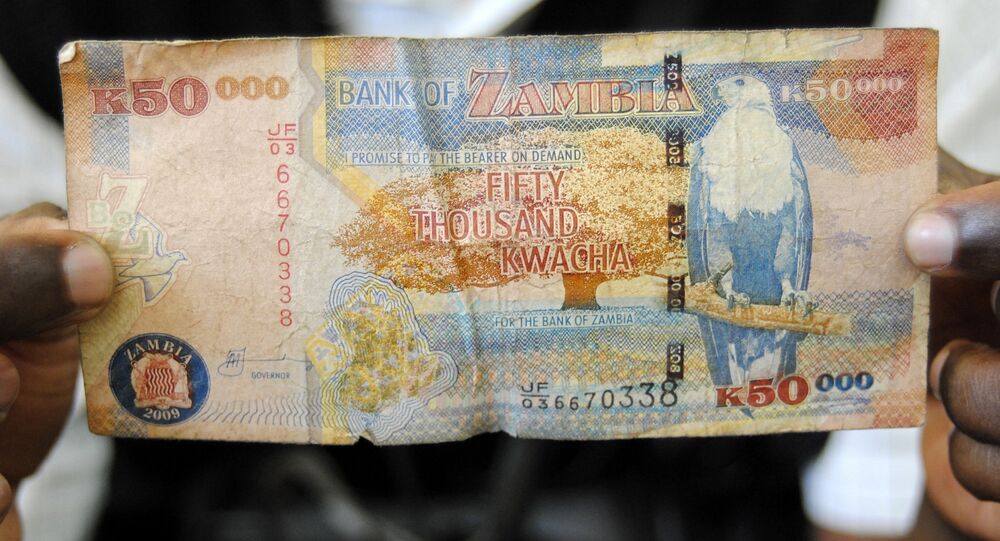 Zambia's currency has performed better than 150 other currencies so far this year, and is expected to rise further as metal prices continue to rise.

© REUTERS / Brendan McDermid
US Fed Comments Prime Emerging Market Currencies for Best Month in 18 Years
The Zambian kwacha suffered the world's third-worst performance in 2015 falling 42 percent against the dollar, but has recovered to become this year's best performer.

A report from ETM Analytics, obtained by Bloomberg, shows that Zambia's currency has surpassed gold, silver and 150 other currencies and precious metals to advance 19.9 percent against the dollar in 2016.

Zambia accounts for 70 percent of Africa’s total copper production, and the metal makes up 60 percent of Zambia’s exports. Last year copper prices reached their lowest level for six years, partly a result of a decrease in demand from China.

After reaching a seven-year low in January copper has rebounded by 11 percent, boosted by recent positive trade data from China which showed a rise 11.5 percent (annualized) rise in Chinese exports.

© Sputnik /
De-Dollarization: The Story of Gaddafi's Gold-Backed Currency is Not Over
In addition to increasing copper prices, the kwacha has been lifted by the opening of talks between Zambia and the IMF on an aid program to ease the country's budget deficit, which grew to 8.1 percent of GDP in 2015.

Gareth Brickman, an Africa analyst at ETM Analytics, told Bloomberg that he expects the rally to continue, at least in the short term.

"We continue to see the kwacha relocating with the copper price," and it may gain several more percent in value against the dollar, he said.

Ditching the Dollar: Eurasian Union Should Use Member States' Currencies