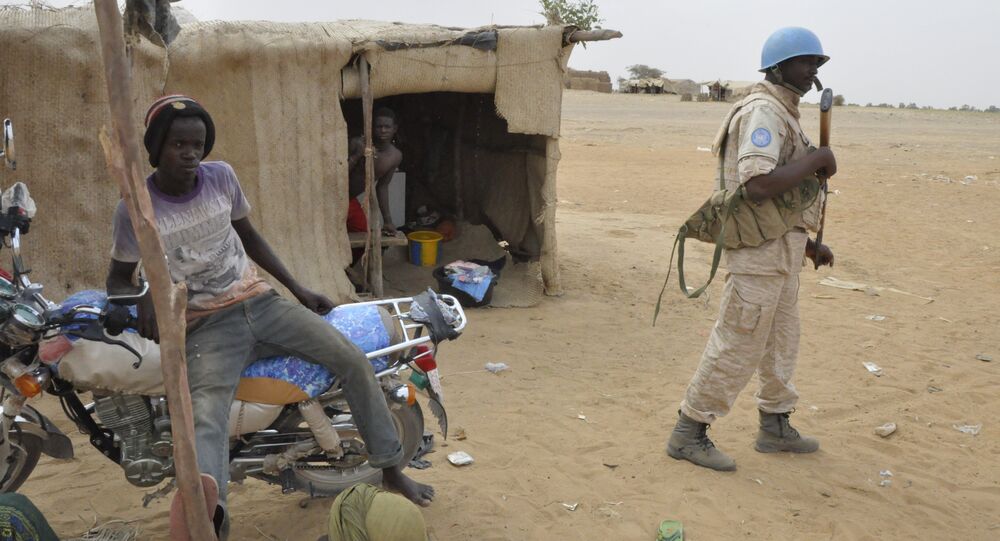 The United Nations has found more serious allegations of sexual abuse in the Central African Republic by UN peacekeepers from Burundi and Gabon, and French peacekeepers in the Sangaris force, and will brief the Security Council about the allegations on Thursday.

UNITED NATIONS (Sputnik) – According to a UN report released earlier this month, there were 99 registered allegations of sexual abuse or exploitation filed against UN staff members last year. The number is a sharp increase on 80 similar claims filed in 2014.

"On Friday 25 March the United Nations Multidimensional Integrated Stabilization Mission in the Central African Republic (MINUSCA) announced that it had received new allegations of sexual exploitation and abuse that had taken place between 2013 and 2015 by UN and non-UN personnel, as well as by local armed groups, in the Kemo prefecture of the Central African Republic. Further information was also provided by the Spokesman's Office on Monday, 28 March," the United Nations said in a Wednesday statement.

A special team has been sent to the area to investigate the matter, however, the exact number and nature of the alleged sexual abuse cases has not been determined yet, according to the statement.

"The team has identified the contingents in question as those provided by Burundi and Gabon. Allegations made against the French Sangaris forces in the same area are also being investigated. Alleged victims are being interviewed and will be provided with assistance and psycho-social and medical support," the United Nations said.

An internal UN report, leaked in the spring of last year, revealed that French troops deployed in the Central African Republic (CAR) as part of a 2013 peacekeeping mission had subjected boys to sexual abuse in exchange for food and money.

"The Burundian and Gabonese units allegedly involved will remain confined in camps during the investigation, except for essential tasks. The United Nations has formally notified the Troop Contributing Countries in question, as well as to the French authorities, informing them of these allegations. The Troop Contributing Countries have been requested to send investigators immediately to participate jointly in the ongoing investigation," the United Nations said in its Wednesday statement.

In January, the United Nations said it had launched an investigation into new sexual abuse claims arising from a series of allegations against its peacekeepers deployed in the CAR.

The UN Security Council will be briefed on the latest developments on the issue in closed session on Thursday.

UN to Introduce Measures to Counter Sexual Assaults by Peacekeepers

Two Peacekeepers Killed by Unidentified Attackers on UN Base in Mali