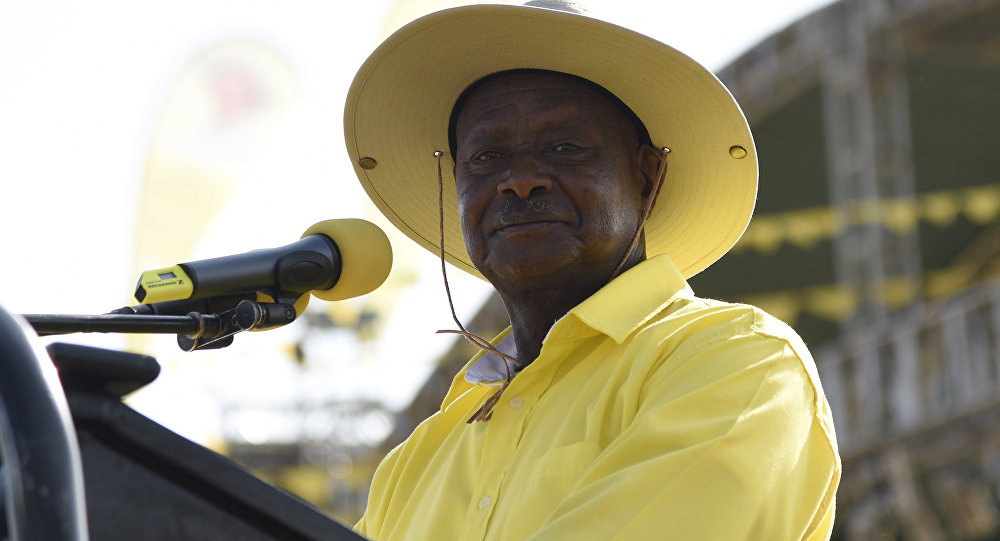 Museveni attracted over 5.6 million votes in the February 18 election, according to the country’s Electoral Commission.

© AFP 2019 / CARL DE SOUZA
Burundi Warring Parties Commence Peace Talks in Uganda
Opposition Forum for Democratic Change (FDC) candidate Kizza Besigye was quick to label the election a "sham" and called for an audit of the vote. He finished second after Museveni with over 3.2 million votes, or 35 percent.

The Commission estimated turnout at around 63.5 percent of the population, or 9.7 million of the 15 million registered voters.

Museveni has led the landlocked East African nation since 1986.