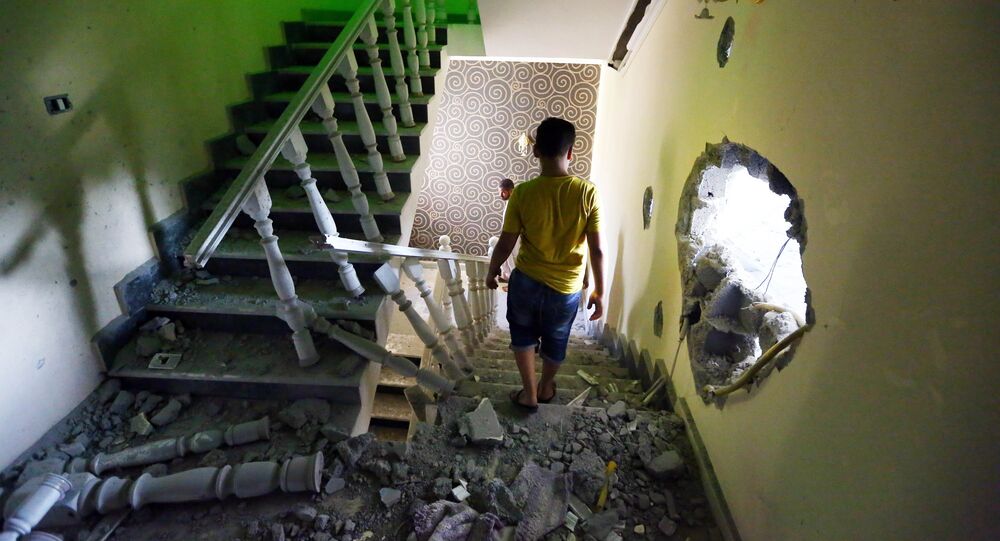 In the wake of yet another possible military intervention in Libya, this time with the invitation of Russia, Russian political analysts suggest that if it was the West who orchestrated this chaos, then it should be the West who settles it.

There have been reports that the chairman of the US Joint Chiefs of Staff, General Joseph Dunford, had talks with his French counterpart with an eye toward taking “decisive military action” against Daesh, this time in Libya.

The jihadist group has reportedly established as large a presence in Libya, as it has in Iraq and Syria.

However, this time, reports suggest, the Western countries are considering inviting Russia into the planned campaign.

© AP Photo / Mohamed Salama
Street is filled with debris and abandoned houses in the city of Benghazi, Libya (File)

“Reports say that these countries have nearly invited Russia to join in, as Russia is fighting against the group in Syria, Oleg Peresypkin, Head of the Center for Eastern Research at the Russian Foreign Ministry's Diplomatic Academy said at the round table discussion at the “Rossiya Segodnya” International Information Center.

The diplomat, who served as the Soviet ambassador to Libya from 1984 to 1986, noted that the situation within the country is pure chaos, certainly not the “controlled one”, he said, referring to the announcements of American experts and politicians, who claimed that Arab revolutions in the Middle East were aimed at getting rid of the “dictatorship” governments in the region and at creating a “controlled chaos” which will further lead to the creation of democratic states.

“Only Americans could have invented a “controlled chaos,” the diplomat said. “It simply can not be controlled.”

© REUTERS / Goran Tomasevic
Then and Now: Chaos Rules Five Years After Libya's 'Day of Rage'
His view is echoed by Vladimir Evseev, Head of the CIS Institute Department of Eurasian Integration and SCO Development, who said that he sees no grounds for a repeat of the Syrian scenario in the fight against Daesh on Libyan soil.

“Russia has nothing to do in Libya, it is not our problem, neither is the one in Iraq. Of course, we could participate to some extent in Iraq, by supplying some weaponry, but we will not fight there, nor in Libya,” he said at the same round table discussion.

The expert added that for the implementation of such a scenario, one should understand who will set the boots on the ground. If there is no ground force, then “whatever is supplied to the people on the ground, will not generate any serious success.”

He also said that he does not have any idea how to implement the scenario in Libya and does not see that interfering in the country could stabilize the situation. He suggested that Egypt should be helped in order to partially control the situation on its neighboring territories, which are causing it concern.

© Sputnik / Andrey Stenin
Gaddafi's Cousin: Libya Ruined and 'Humiliated' After NATO Invasion
Evseev urged not to overestimate the threat of Daesh, however forecasting that, there would very likely be no peace on the ground in Libya in the nearest future.

The US-based magazine The National Interest also commented on the recently voiced initiative, calling the western fight against Daesh a “wack-a-mole” game, in which attempts to solve the problem are piecemeal or superficial, resulting only in temporary or minor improvements.