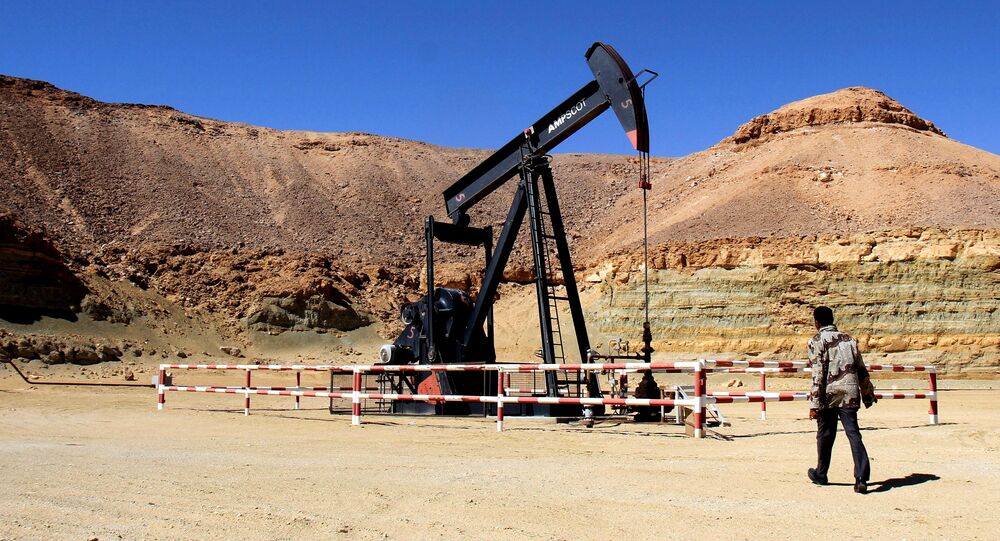 As Daesh (Islamic State) militants continue to increase their presence in Libya, they have not yet sought to gain control over the country’s oil fields, but rather to disrupt oil production in Libya, political analyst Ethan Chorin, who is currently the CEO of Perim Associates think-tank, told Radio Sputnik.

NATO Destroyed Libya; Now It's 'Alarmed' That Daesh is Seizing the Country
After the overthrow of Muammar Gaddafi in 2011, Libya has been in turmoil. A number of political factions, some of which are radical Islamist organizations, are fighting each other to control the country.

Amid this political chaos, Daesh seized parts of Libyan territory, primarily around the town of Sirte in November 2014. According to the latest data from the Pentagon, there are over 6,000 Daesh fighters in Libya.

Since Daesh doesn't seem to have enough forces yet to overrun the entirety of Libya and take control of its oil fields, however, the terrorists are first trying to put spokes in the wheels of their enemies by destroying their oil supplies.

Oil sales bring money and the money means power. Daesh knows that to weaken their opponents they must cut their oil supply and create more chaos in Libya.

Eventually, after destroying the supply of oil for others and weakening infrastructure, Daesh hopes to make these oil fields their own, so they could then smuggle oil into the black market for profit.

"The objective of ISIS in Libya is quite the same situation as in Syria where one could actually market oil," Chorin explained.

The situation in Libya is complicated. Two major sides fighting in the Libyan Civil War recently agreed to coordinate in a unity government. Chorin said it's a bad idea because some of the political factions, namely the General National Congress (GNC) based in Tripoli, might very well be aligned with Daesh themselves.