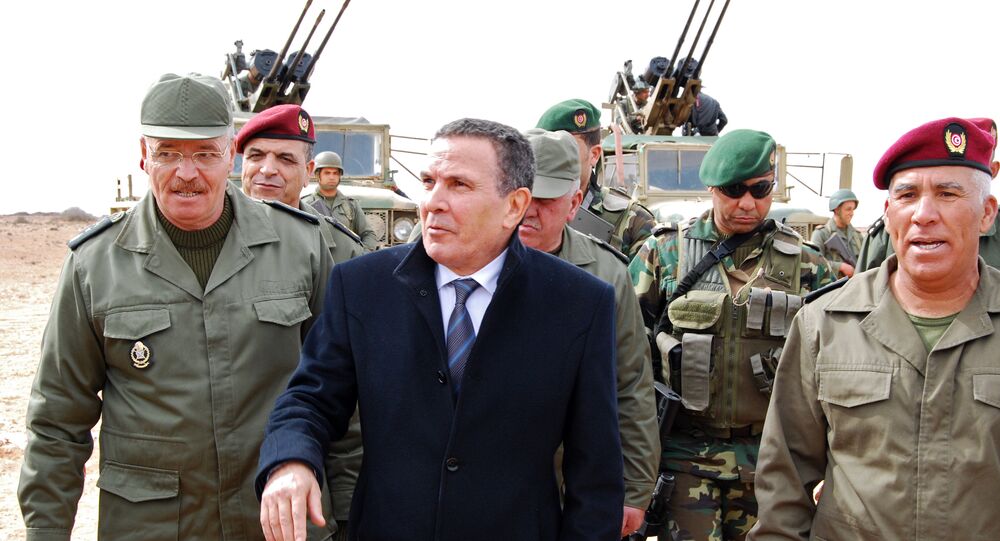 Tunisia opposes the deployment of foreign ground troops in Libya.

"There must be a Libyan government, recognized by all sides, and we will have to help it, supporting it militarily. The government will then be able to request the deployment of foreign troops by itself. If action on the ground is required, then it is the Libyans who must fight. We are against a foreign ground operation," Horchani said, as quoted by Al Arabiya.

The defense minister has been reportedly inspecting an anti-militant fence currently under construction on the Tunisian-Libyan border, which is designed to keep militants out of the country.

© REUTERS / Amine Ben Aziza
Tunisia Declares Order Reestablishment After Protests - National Guard
Horchani announced earlier the completion of the first section of the 196-kilometer (122 miles) fence. Construction was announced after the June 2015 attack on a tourist resort in the city of Sousse that resulted in nearly 40 deaths. Daesh militant group took responsibility for the attack.

Both the United States and the European Union have so far ruled out a possibility of a ground operation against terrorists in Libya, stressing that the future Libyan unity government should bear responsibility of stabilizing the country.

According to estimates of Pentagon officials, Daesh forces have doubled to more than 6,000 in the past six months in Libya. In late January, the Pentagon said it was looking into potential military options in Libya as the threat of Daesh intensifies in the country.