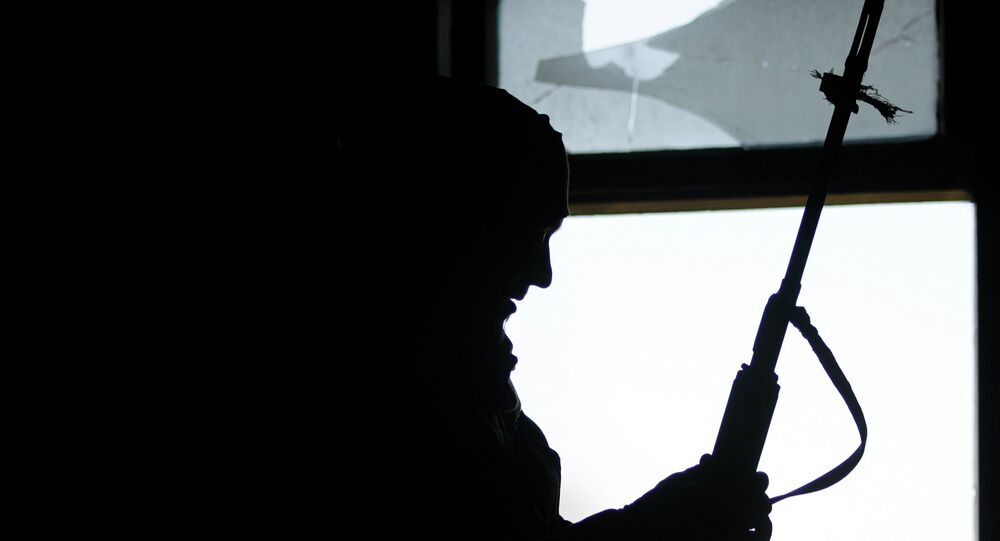 At least three Daesh commanders have been shot dead within 10 days from a long range in the city of Sirte, causing nervous fuss among the terrorists. It's still unknown whether the sniper is a lone wolf or there is a team of shooters working to take down Daesh leaders, the British newspaper said, citing local media.

In an attempt to track down the shooter, the jihadists began arresting and executing people whom they accused of being the sniper. But their attempts were in vain, as the assassin most recently shot Abdullah Hamad al-Ansari, a top Daesh commander from the Libyan city of Obari, the source said.

"A state of terror prevailed among the [Daesh] ranks after his death. They randomly shot in the air to scare inhabitants, while searching for the sniper," a local witness told the al-Wasat website, according to International Business Times.

© Sputnik / Andrei Stenin
US Should Provide Training, Spec Ops to Deal With Daesh in Libya - Senator
The longer the sniper is on the loose the more panic he is sowing among Daesh militants, as they realize that nobody can feel completely safe in the streets of Sirte.

The identity of the marksman is the subject of intense discussion both online and among the town's folk. Some claim that the sniper is a militiaman from the city Misrata, who fought Daesh fighters in the past for the control of Sirte. Others speculate that he might be a US special forces sniper, operating in the region, the Telegraph said.

Following the overthrow of Muammar Gaddafi's government in 2011, Libya has descended into chaos. The state of political and social turmoil led to the expansion of Daesh and other Islamic extremists in the country. Currently, there are at least 5,000 Daesh militants crawling around in Libya.

There have been reports that Daesh sent its key leader in Iraq, Abu Omar, to Libya to enhance the terrorist group's influence in the town of Sirte as well as to prepare a potential asylum for Daesh leaders currently in Syria and Iraq. Recruits have reportedly been pouring into the country weekly since Turkey tightened its border with Syria.