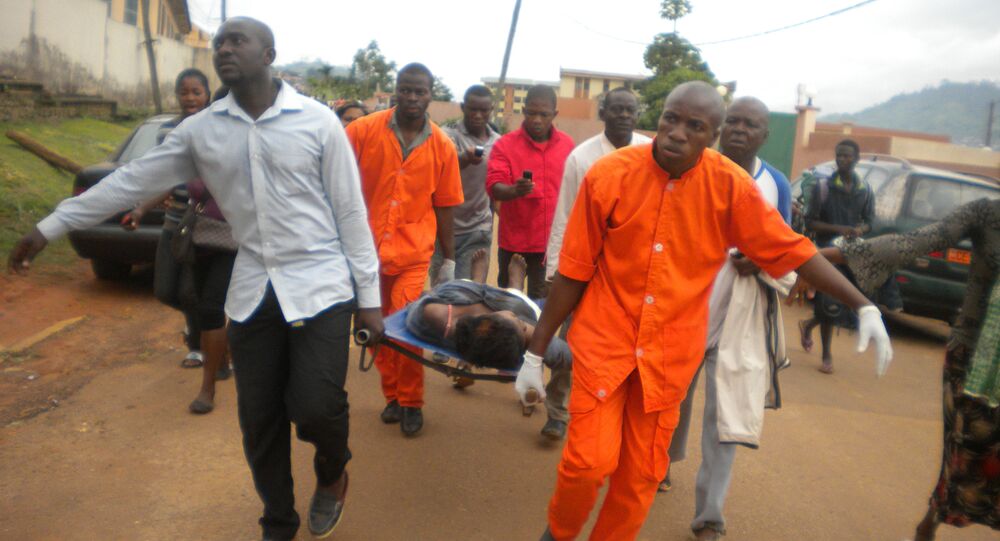 Two explosions were heard on school grounds in the town of Kerawa in northern Cameroon, according to media reports.

MOSCOW (Sputnik) — At least two people died and four were wounded in a double extremist attack in northern Cameroon on Thursday, media reported.

Over 100 Boko Haram Extremists Killed in Cameroon
According to the BBC, citing witnesses, two explosions were heard on school grounds in the town of Kerawa. Teh attacks were carried out by suicide bombers.

One of the assailants was stopped by the school guards, and detonated herself before reaching the school, the British broadcaster said.

Boko Haram, which operates mainly in northern Nigeria, has also been active in Chad, Niger and northern Cameroon. All of these West African states have waged a counter-terrorist campaign against the group, which pledged allegiance to the Islamic State, outlawed in Russia and many other countries, in March 2015.