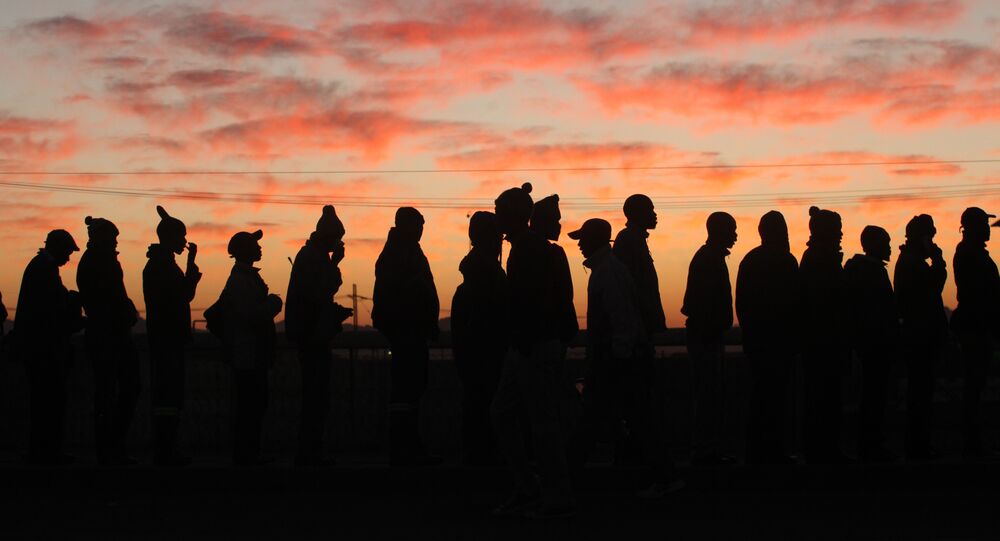 South Africa's Impala Platinum announced that the four missing miners have been killed in an underground fire at the company's Rustenburg 14 shaft.

MOSCOW (Sputnik) – A fire at a platinum mine in South Africa killed four miners, the Impala Platinum Holdings Limited (Implats) operator said in a statement.

"Implats regrets to announce that all four employees that were missing, following an underground fire at Impala’s 14 Shaft on 22 January 2016, have passed away," the company said Saturday.

The miners at the shaft in the city of Rustenburg were overcome by fumes while attempting to find their way to safety, Implats added without disclosing the cause of the fire.

South Africa’s Department of Mineral Resources said on Sunday Minister Mosebenzi Joseph Zwane planned to travel to Rustenburg to visit the mine.

Toddler Elephant Rolls Down a Hill in South Africa