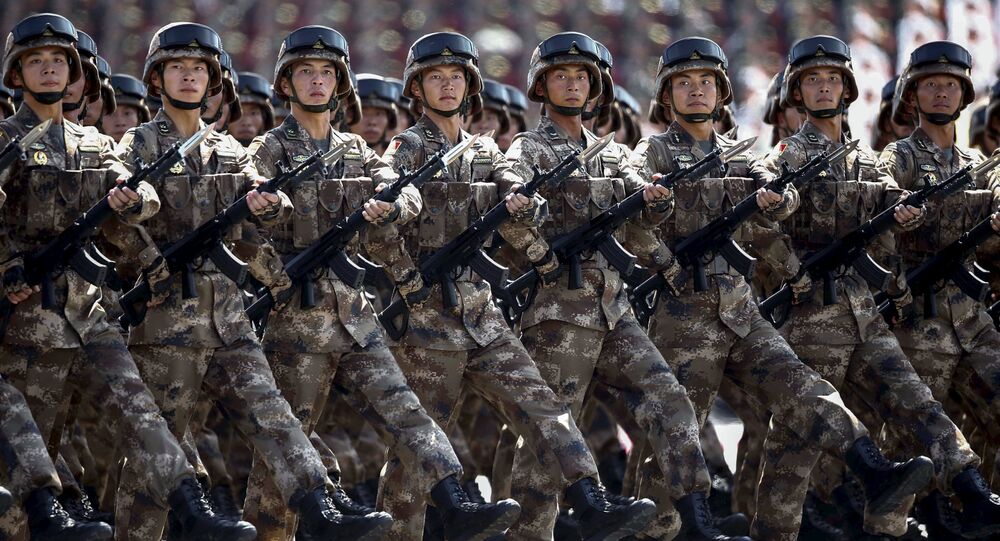 China’s plans to build a military base in Djibouti could be the first step toward Beijing’s deeper involvement in Africa – a strategy that should make the United States "very nervous," according to journalist James Poulos.

Last year, China began talks with Djibouti to install a "logistics hub" and airfield in the east African nation.

"Over the past few years both countries’ friendly cooperative relationship has kept on developing, and in all areas there is practical cooperation," Chinese Defense Ministry spokesman Yang Yujun told reporters in June.

The United States, which also has military installations in Djibouti, raised concerns about China’s expanding sphere of influence. According to James Poulos, writing for The Week, Washington is right to be worried.

"Thanks to the much different challenges and priorities facing both powers, African intervention is shaping up as a feast for China and a famine for the US," Poulos writes.

Djibouti’s geostrategic location along the Red Sea, as well as its stable government, make it an ideal spot for both the US and China. But while Washington has used its military bases in Africa to launch drone operations, Beijing’s installation will be just the latest of many investments made on the continent.

"In Africa, China has found not just a market for money but for jobs and land – crucial components of sustained economic growth," Poulos writes.

During last month’s Forum on China-Africa Cooperation, Beijing promised to invest $60 billion in Africa. Rather than the kind of interest-free aid provided by the West – policies that stymie economic growth and increase Africa’s dependence on wealthier nations – most of China’s investment money will come in the form of loans and export credits.

"China operates in Africa with greater aplomb and with more nuanced and mutually beneficial relationships than America’s corporations and its federal [government]," the Council of Foreign Relations notes in a blog post. "The USG’s most visible diplomatic effort in Africa, Power Africa, is sputtering. American businesses haven’t sufficiently picked up the slack."

As Poulos points out, the US is also bogged down in interventionist policies, struggling to confront terrorist groups like al-Shabab, Daesh, and Boko Haram.

© AP Photo / Andy Wong
Equal Rivals? China May Push Out US as the Sole Superpower

"While China is free to pursue its economic and financial interests with clarity and focus, allowing its military and political agenda to unfold accordingly," he writes, "Washington finds itself scrambling to keep up with a sour security situation that doesn’t play to its strengths.

"Instead of reaching into Africa’s sub-Saharan heartland, where China is racking up lucrative or influential deals, the US will have to stretch itself remarkably thin over the wide and barren expanse of Africa’s northern tier."

As China makes progress in Africa, the United States appears to be on the decline.

"Although al-Shabab’s influence has been significantly reduced, nearby Ethiopia just booted the US out of a drone base Washington had hoped to expand…" Poulos writes. "In other words, as China sets up shop in Djibouti, the US finds itself restricted to that country for its eastern African operations – a precarious toehold in a competitive environment.

"This year, it [Africa] could become a new albatross for the US – and a new lifeline for China."

Kenya to Reap Rewards as Trade Hub in China's One Belt, One Road Initiative