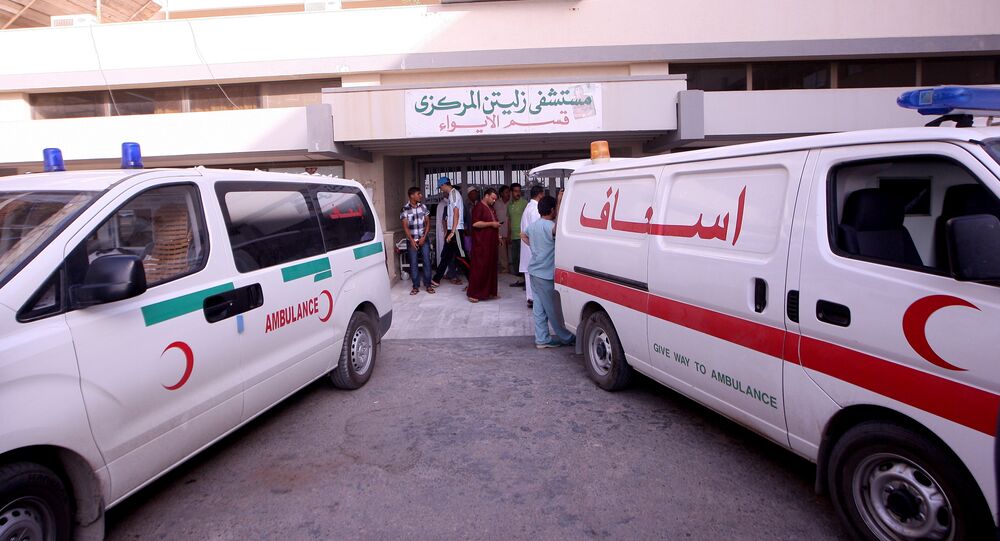 Italian Foreign Minister Paolo Gentiloni expressed condolences to the Libyan people and government over the Thursday terrorist attack in the city of Zliten.

MOSCOW (Sputnik) — Earlier on Thursday, a vehicle was detonated near a military training camp in the northwestern Libyan city of Zliten, while more than 100 individuals were training there. According to reports, the death toll from the blast has reached 70 people. According to Al-Hadas TV channel, Daesh (Islamic State) claimed responsibility for the attack.

"Following this morning’s terrorist attack in Zliten, I wish to express the solidarity of government of Italy to the victims, the Libyan people and Prime Minister-designate Seraj. The terrorist threat must first of all be confronted by the unity of all Libyans," Gentiloni said as quoted in the Foreign Ministry's statement.

According to Gentiloni, it is necessary to urgently implement the recently signed political agreement, overcome internal contradictions in order to create the national unity government in Libya and focus on common fight against terrorism.

© REUTERS / Stringer
Daesh Claims Responsibility for Deadly Libya Blast
Libya has been in turmoil since early 2011 after Arab Spring protests led to the overthrow of the country’s long-time leader Muammar Gaddafi. There have been two rival governments in Libya — the internationally-recognized Council of Deputies based in Tobruk and the Tripoli-based General National Congress.

On December 17, the two rival governments struck a UN-brokered accord in the Moroccan city of Skhirat to form a national unity government.

Daesh, which is outlawed in Russia, is currently considered to be one of the main threats to global security. Daesh militants, who mostly operate in Syria and Iraq, are trying to expand their influence in North African countries, particularly in Libya.