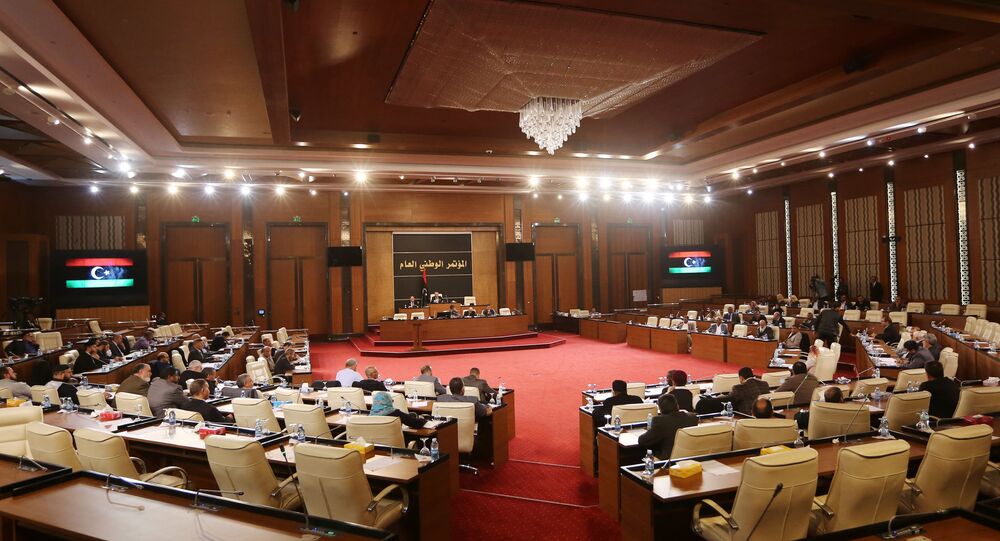 The Tripoli-based Libyan government stands for the continuation of the national dialogue under the UN auspices, but is against the external dictate regarding settlement of the political crisis, the foreign minister of Libya'a self-proclaimed General National Congress (GNC) in Tripoli told Sputnik.

© AP Photo / Manu Brabo
Surprise? French Media Predicts Anti-Daesh Bombing in Libya
MOSCOW (Sputnik) – The country has been split into two rival governments: the internationally recognized Council of Deputies based in Tobruk and the self-proclaimed General National Congress based in the capital city of Tripoli. On December 17, 2015, the sides struck a UN-brokered accord in the Moroccan city of Skhirat to form a national unity government. It was expected the agreement would put an end to the civil war in the country.

"We are in favor of a dialogue under the supervision of the United Nations, but we are against dictatorship and imposing solutions. We are part of the dialogue, and we have demands about the balance of the legislative and executive powers so that decisions would be acceptable from the standpoint of constitutional institutions of Libya," Ali Abu Zaakouk said.

According to him, those who signed the agreement in Skhirat were not authorized to make the decision on behalf of the institutions they represented. Therefore, the results of the negotiations did not reflect the legitimate Libyan decision, he added.

Libya has been in a state of turmoil since early 2011 after the so-called Arab Spring protests led to a civil war and the overthrow of long-time leader Muammar Gaddafi.