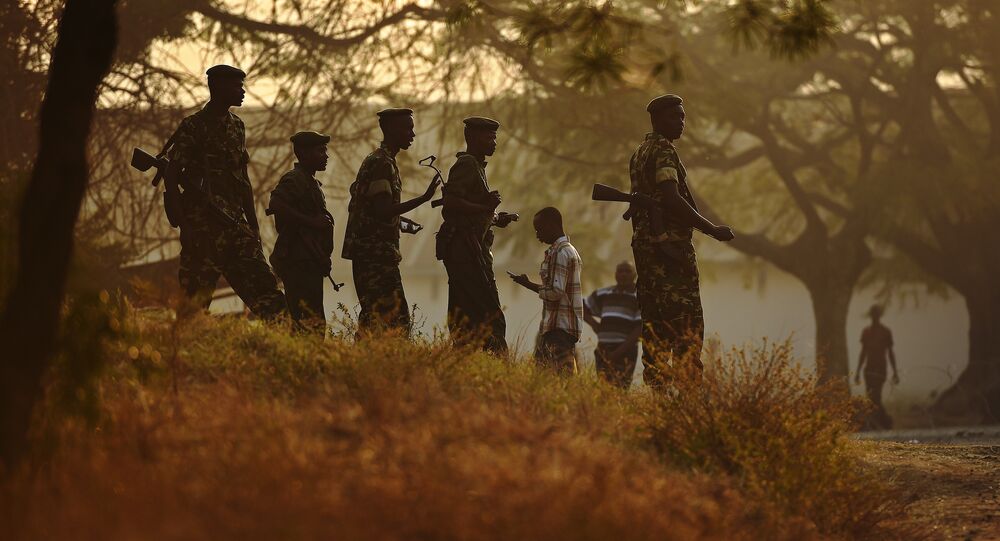 The Burundi peace talks began on Monday at State House Entebbe, Uganda, with the aim to put an end to political violence, media reported.

MOSCOW (Sputnik) — According to the AllAfrica news portal, the meeting between the warring parties is due to become the first stage toward ending unrest in Burundi.

Since late April, Burundi has been undergoing a political crisis after current President Pierre Nkurunziza announced his bid for a third term in office, despite being constitutionally bound to step down after two terms. Former intelligence chief Godefroid Niyombare attempted a coup in May, which was rapidly thwarted by the authorities.

The government’s crackdown on the opposition and its supporters has claimed the lives of at least 340 people since April. Some 220,000 people have fled Burundi and 15,000 people have been displaced within the country, according to the UN estimates.

On December 18, the African Union's Peace and Security Council (AU PSC) agreed to deploy up to 5,000 peacekeepers in frames of an African Prevention and Protection Mission (MAPROBU) in Burundi for an initial six-month period to stop the ongoing hostilities.

Over 20 Bodies Found in Streets of Burundi's Capital Among Unrest