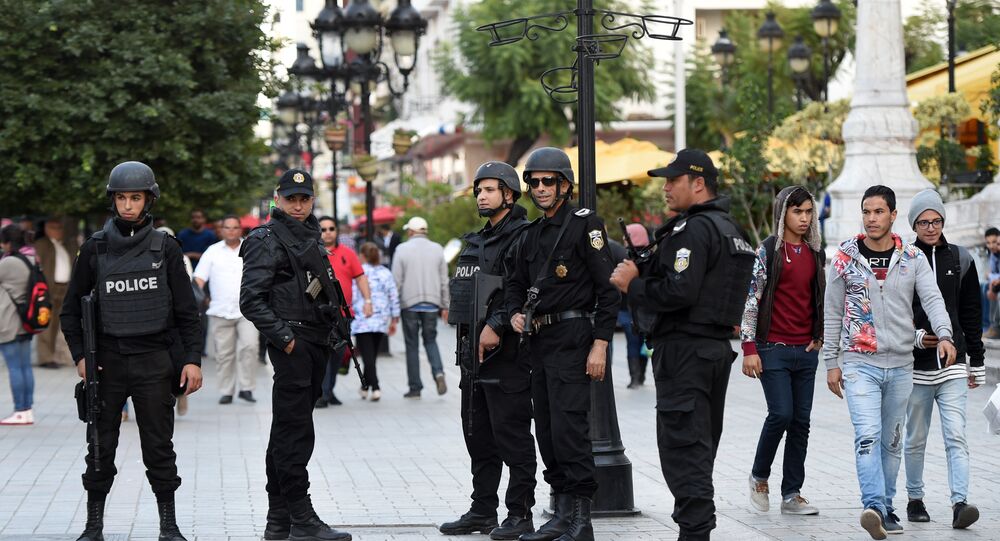 Detainees intended to attack security forces facilities and military bases in Kasserine in the near future, according to the Tunisian Interior Ministry.

"The Terrorist Crimes Investigation Division of the Tunisian National Guard in coordination with the Kasserine province office for fight against terrorism has uncovered a cell consisting of three people, who provided assistance and support to terrorist organizations, operating in the mountainous areas of the province," the ministry said on its Facebook page.

© AP Photo / Darko Vojinovic
Tunisia Boosts Security Measures Ahead of New Year Celebration
According to the interior ministry, the detainees intended to attack security forces facilities and military bases in Kasserine in the near future.

Tunisian President Beji Caid Essebsi on Tuesday prolonged the state of emergency, imposed after the November 24 terrorist attack in Tunis, when a suicide bomber blew up a bus carrying elite presidential guards, killing at least 13 people and injuring 20, for two months.

Tunisian Interior Ministry spokesman Walid Lougini told Sputnik Wednesday that the Tunisian authorities were enhancing security measures ahead of New Year celebrations, due to the high tourism activity during this period.