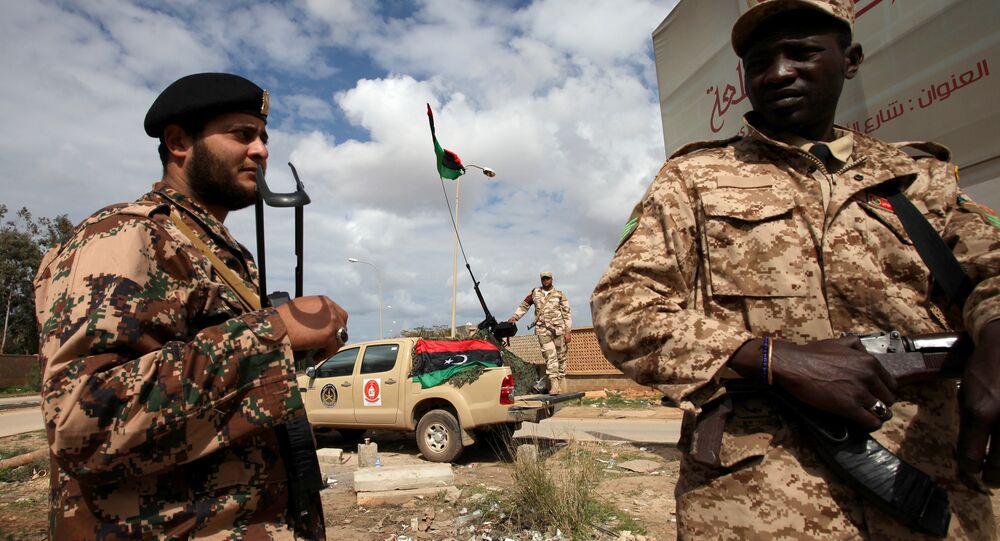 Egyptian President Abdel Fattah Sisi on Saturday expressed his support for Libyan government in its efforts to boost the security in the country, local media reported.

According to the Ahram news website, Sisi supported the Libya's efforts to restore security within the country and appreciated Libyan institutions, such as police and army, which helped to advance in reaching this goal.

Libya has been in turmoil since early 2011, after Arab Spring protests led to the overthrow of the country’s long-time leader Muammar Gaddafi. Currently there are two rival governments in Libya: the internationally-recognized Council of Deputies based in Tobruk and the Tripoli-based General National Congress.

On Wednesday, the UN Security Council backed agreement, aiming to form a national unity government in Tripoli within 30 days.