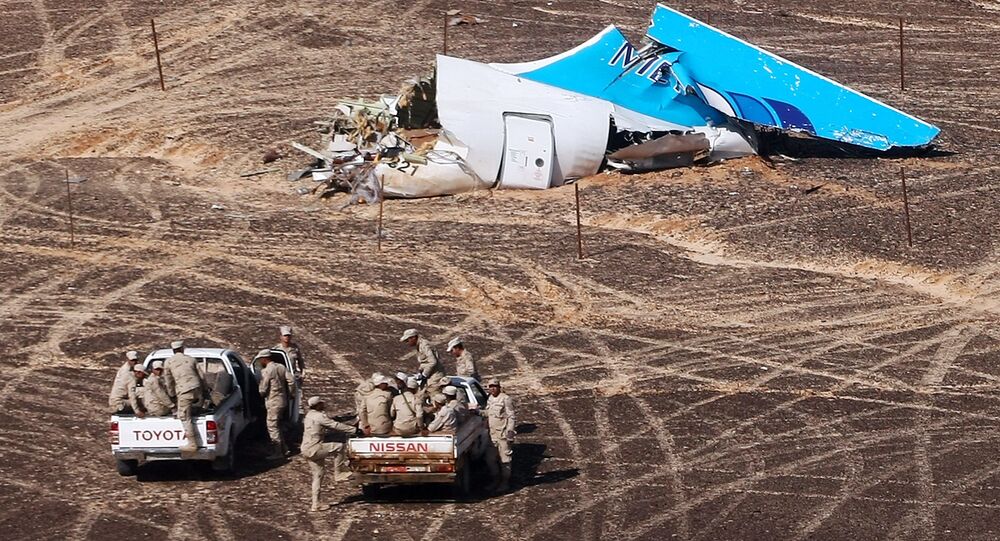 Egyptian investigators on Monday said they have not found "any evidence" indicating that an "illegal or terrorist act" brought down a Russian passenger plane operating in Egyptian airspace in October.

Despite widespread reports to the contrary, Egypt has refused to acknowledge that an act of terror downed the Airbus A321-200, killing all 224 people on board.

Russia concluded on November 17 that a bomb had been placed on the flight. The US and UK governments have also confirmed that the crash was likely the result of a terrorist attack.

Daesh, also known as ISIL or the Islamic State, took credit for the crash a few hours after the tragedy occurred. Egypt continues to dissent in its assessment of the crash.

"The technical investigative committee has so far not found any evidence indicating criminal or terrorist activity in the downing of the plane," chief investigator Ayman El-Muqqadam said, according to Ahram Online.

Investigators visited the crash site 15 times and looked at the plane's 38 cockpit computers and two engine computers, he said. They are now looking into the technical aspects of the aircraft and its repair history since it began operating in May 1997, the Associated Press reported.

Some suspect that Egypt refuses to acknowledge terrorism as the cause of the tragedy for the sake of its flagging tourism industry. The Egyptian tourism ministry estimates some 2.2 billion Egyptian pounds ($280 million) in tourism revenue were lost in the month after the crash.

Sharm el-Sheikh, the resort town on the Red Sea where the flight departed from, accounts for about a third of Egypt's annual tourism revenue, the BBC reported.

The crash was a major blow to Egypt’s travel and tourism industry, which accounted for almost 13% of the country’s gross domestic product last year and nearly 12% of its jobs – significant figures for a country with a 12% unemployment rate.