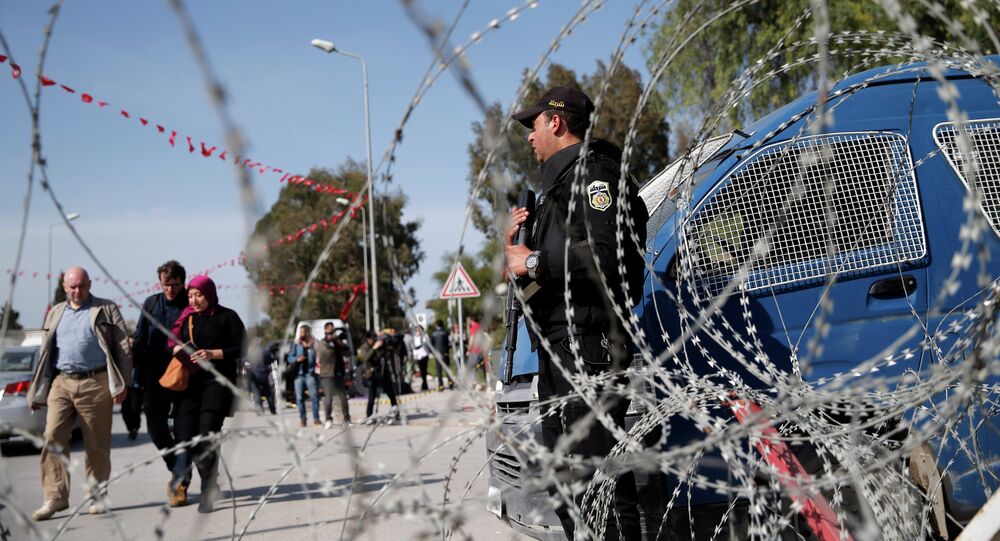 The Tunisian authorities can close any hotel not complying with safety instructions, according to the tourism minister. The country is trying to attract Russian tourists.

MOSCOW (Sputnik) — Tunisian security forces have stepped up security at tourist sites and airports after this year's terror attacks at the Bardo museum and a beach hotel near the town of Sousse, Minister of Tourism Selma Elloumi Rekik told Sputnik.

© Flickr / Glenn Halog
Tunisia Arrests Three Suspects Associated With Deadly Bus Bombing
According to Rekik, the authorities can close any hotel not complying with instructions or meeting detailed safety criteria.

A terrorist attack took place in March at the National Bardo Museum, in which gunmen killed 22 people and injured over 47, mostly tourists. A gun attack on a hotel in the Tunisian resort town of Sousse in June killed 38. The Islamic State (ISIL, or Daesh, a group outlawed in Russia) terrorists claimed responsibility for the attacks.

"We have seen understanding [from representatives of the Russian tourism industry], but the Russians do have some concerns about air travel after Russian planes were shot down in Egypt and Turkey. But we are trying to attract tourists to Tunisia."

To this end, the minister is planning to visit Moscow in the near future, she said.

Russia has imposed a ban on flights into and out of Egypt after a Russian-operated Airbus A321 crashed on October 31 en route from the Egyptian resort of Sharm el-Sheikh to St. Petersburg, killing all 224 people on board.

On Thursday, Russian Transport Minister Maksim Sokolov said the country would not resume its air links with Egypt before the end of 2015.

On November 24, a Russian Su-24 bomber was downed by a missile from a Turkish F-16 fighter over Syria.

Moscow's relations with Ankara deteriorated over the incident. According to the Russian Public Opinion Research Center (WCIOM), the attitude of almost three-quarters of the Russian population toward Turkey has deteriorated due to the downing of the Su-24 by Ankara.