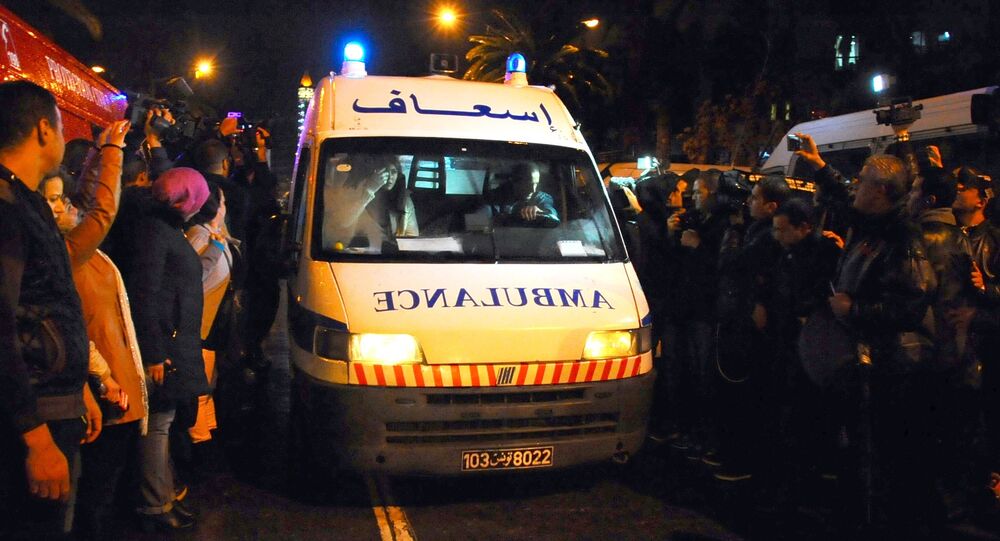 A bomb exploded on a bus transporting Tunisia's presidential guard in central Tunis on Tuesday, killing at least 12 people and wounding 16 more, the interior ministry said, calling the incident a "terror act."

The bus was struck during rush hour on a busy street in the heart of downtown. A security source at the site of the attack said "most of the agents who were on the bus are dead," according to AFP.

Tunisian President Beji Caid Essebsi said in a televised address that the country is at "war against terrorism" and called for international cooperation against extremists who have staged several attacks around the world in recent weeks, the Associated Press reported.

"I want to reassure the Tunisian people that we will vanquish terrorism," Essebsi said.

Tunisia's government has declared a state of emergency in the wake of attack, giving security forces more powers, a spokesman for the Interior Ministry told Reuters. A curfew has been put in place for the capital.

Tunisia was a rare example of success to come out of the Arab Spring uprising of 2011, when the people ousted autocrat Zine Abidine Ben Ali. It has had free elections since and is operating under a new constitution.

Still, fighting Islamist militants has become a major challenge for the small North African country. In June, gunmen killed 38 European tourists at a beach resort hotel. The Islamic State took credit for the attack, but the government claimed the local Ansar al-Sharia armed group was to blame.

Just three months earlier, an attack on a museum left 22 people dead. That attack is believed to have been carried out by Okba Ibn Nafaa, a local affiliate of al-Qaeda.

The interior ministry on Monday said Tunisia's ex-president Moncef Marzouki was the target of an assassination plot by a "terrorist" group.

Tunisia is believed to be the biggest exporter of jihadis, with the authorities saying at least 3,000 of its nationals fighting in Iraq and Syria, BBC reported.