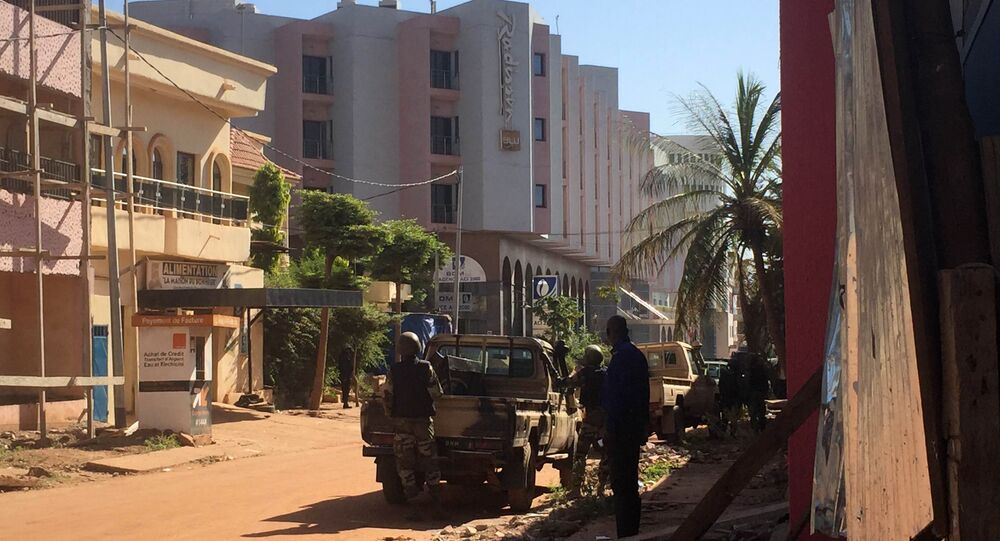 Six Russian nationals are confirmed to have died in an attack at the Radisson Blu Hotel in the Malian capital Bamako, the Russian Foreign Ministry said Saturday.

"The operation by Mali security services freed over a hundred of people, including six Russians. Six of our citizens died. They were gunned down together with 13 other nationals in the hotel restaurant in the first moments of the terror attack," the ministry said.

"We strongly condemn this inhumane crime aimed at destabilizing the situation in Mali and undermining the process of internal settlement. We offer condolences to the friends and relatives of those killed."

Al Mourabitoun, an Islamist militant group based in northern Mali, has reportedly claimed responsibility for Friday’s attack, saying it was carried out jointly with al-Qaeda. It was involved in several other attacks on Malian hotels, including an incident in August when militants killed 13 people in the central Malian town of Sevare.