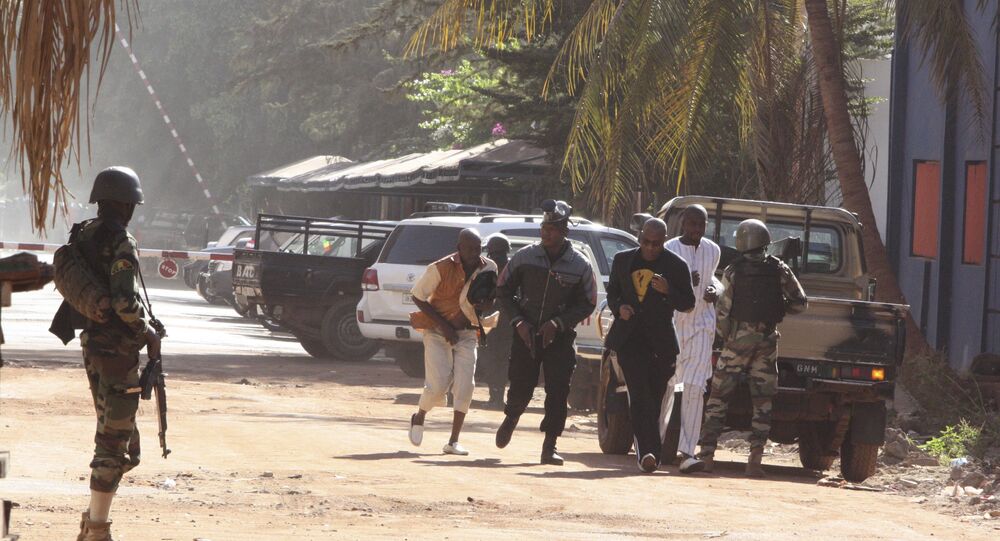 China Railway Construction Corporation Limited, confirmed the death of three of its executives in the Friday attack in Bamako.

BEIJING (Sputnik) – A major Chinese state-owned construction company, China Railway Construction Corporation Limited, confirmed on Saturday the death of three of its executives in the Friday attack in Bamako.

The company expressed its condolences to the families of the victims in an online statement released on its official website.

© Sputnik / Alexey Nikolsky
Putin Sends Condolences to Mali President After Bamako Attack
Earlier on Saturday, the Chinese Foreign Ministry confirmed the death of three Chinese nationals in the Friday attack on the Radisson Blu Hotel in the Malian capital. According to the ministry, four other Chinese citizens have been rescued.

At least 19 people, including an American citizen, were killed in the attack. Two militants died the course of the siege. Another seven people were injured.

The Al Mourabitoun Islamist militant group has reportedly claimed responsibility for the Bamako attack, saying it was carried out jointly with al Qaeda.