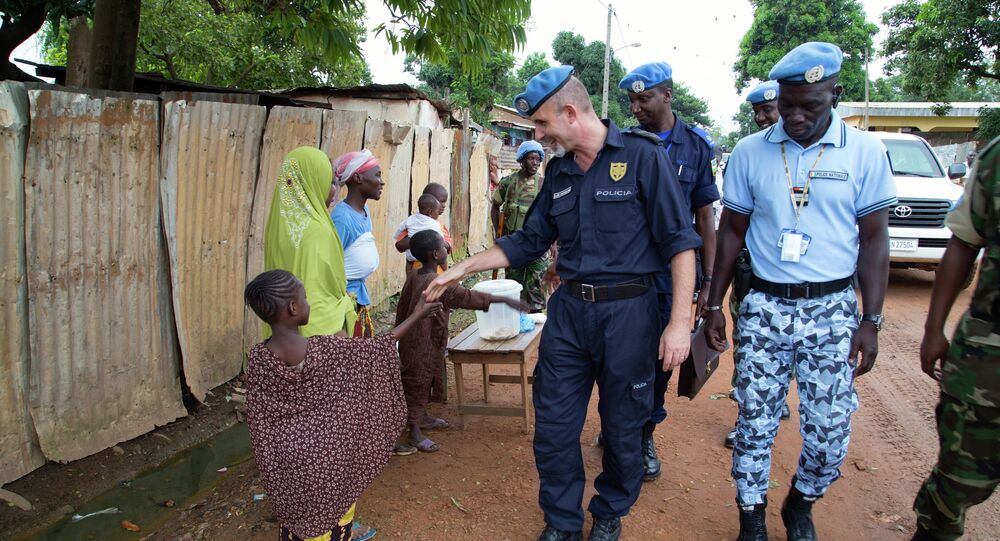 UN to Look Into New Rape Allegations Against Peacekeepers in CAR

The UN Mission in the Central African Republic (MINUSCA) is starting an investigation on Thursday into new allegations of rape and sexual abuse by its peacekeepers.

UNITED NATIONS (Sputnik) – The new allegations reportedly concern five women, including several under the age of 18, who had sexual relations with UN peacekeepers deployed in the Central African Republic (CAR).

"Additional allegations against our troops of misconduct, sexual exploitation and abuse, and fraternization with the local population have come to MINUSCA’s attention today. In response, MINUSCA on Thursday will dispatch a multifunctional team to the location to gather the facts, sensitize the troops involved, and to take immediate preventive and disciplinary measures," MINUSCA said in a Wednesday statement.

MINUSCA admitted that sexual abuse is unacceptable in a UN peacekeeping mission and said it was committed to continue with its zero tolerance policy and efforts to prevent, investigate, and ensure accountability for such misconduct.

MINUSCA has recently been swept by a wave of sexual misconduct allegations.

In August, UN Secretary General Ban Ki-moon demanded the resignation of the head of the United Nations Multidimensional Integrated Stabilization Mission in the Central African Republic (MINUSCA) after Amnesty International implicated MINUSCA soldiers in the rape of a 12-year-old girl and the murder of a teenager and his father.

That same month, three young females were raped by three members of a MINUSCA military contingent.

A UN internal report leaked this spring uncovered that French troops deployed in the CAR as part of a 2013 peacekeeping mission subjected boys to sexual abuse in exchange for food and money.

The Central African Republic has been suffering from sectarian clashes between Muslims and Christians since the 2013 coup.