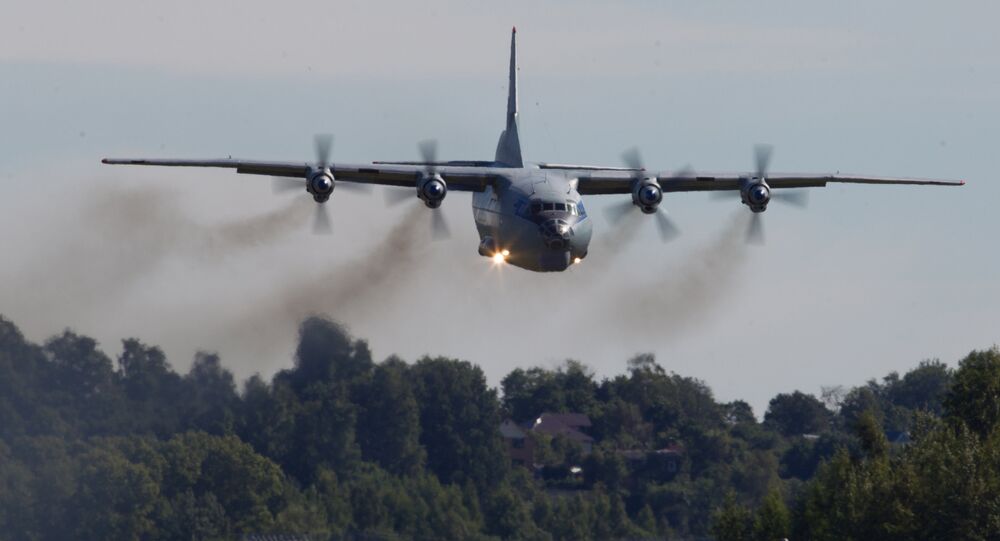 Overload Possible Cause of An-12 Crash in South Sudan

South Sudan information minister claims that a n overload might have caused the crash of An-12 cargo plane.

© REUTERS / Stringer
Ukraine Mulls Access to Probe Into An-12 Crash in S Sudan for Manufacturer
MOSCOW (Sputnik) — An overload might have caused the crash of An-12 cargo plane in South Sudan on Wednesday, the country's information minister, Michael Makuei Lueth, told Sputnik.

"The incident will be investigated, I am not sure but probably it might have been overloaded. Cause it just took off and immediately went down half a kilometer from the airport. This will be clear only after the investigation," he said.

The investigation will be comprehensive and will include all the interested parties, the minister added.

The plane went down close to South Sudan's capital of Juba, killing dozens of people both aboard and on the ground. Thirty-six bodies have been retrieved at the crash site, according to South Sudanese Transport Minister Hon Kuong Danhier Gatluak, while three people survived.

An-12 Crash in South Sudan Kills 39, Including 1 Russian, 5 Armenians