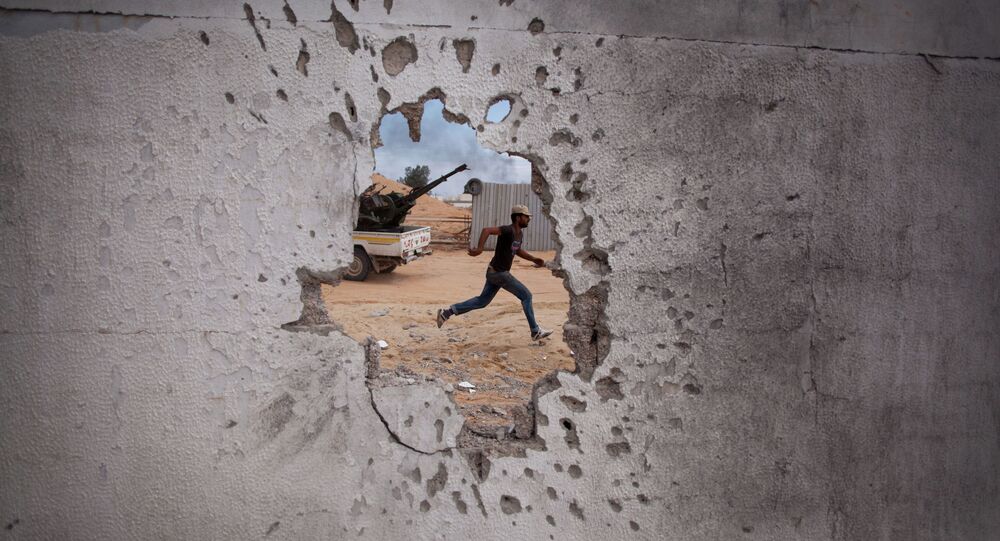 The top US diplomat called for "shutting down the possibility of extremists filling a vacuum" in Libya.

WASHINGTON (Sputnik) — Libyan leaders should form a new government as soon as possible to prevent the Islamic State from filling the vacuum, US Secretary of State John Kerry stated at the High-level Ministerial on Libya at the United Nations on Friday.

“I urge all Libyan leaders, especially those gathered here, to take one more courageous step…and come together and agree that those who will head this new government…will take hold and start to define the future of this country,” Kerry said.

Kerry stressed it is crucial that Libyans should “shut down the possibility of extremists filling a vacuum,” which has existed in the country “for too long.”

“If individual militias or individual leaders keep fighting for something other than Libya’s interests, it will only help ISIL [Islamic State]. And that’s exactly what we are seeing happen,” he added.

The text of the UN-prepared draft agreement to form a national unity government in Libya was presented on September 21. It happened after almost a year of intense negotiations with participation of Libyan political parties and the United Nations as a mediator.

“We are here at the moment when we cannot afford any more delays. It’s imperative that all parties work to approve the final framework and fill the leadership positions for that government as soon as possible,” Kerry said. “We hope that the process can be completed within a very small number of days,”

Libya has been in a state of turmoil since the overthrow of longtime leader Muammar Gaddafi in 2011, and is now split into two rival camps.

The Tobruk-based government led by Abdullah Thani is recognized internationally. The country's capital of Tripoli and adjacent western areas are controlled by self-proclaimed authorities.