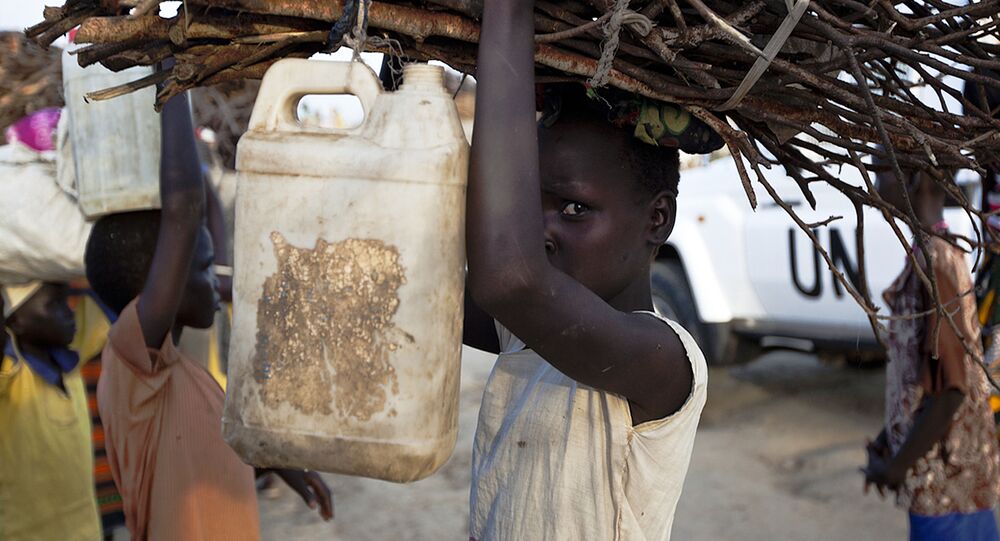 Thousands of Women Held in Rape Camps in South Sudan

Despite the gender equality issue repeatedly raised by women at the UN General Assembly, and 2015 being marked as a year for advancing women rights, there is still a place in the world where thousands of women believe they have no right to protect themselves.

© Sputnik / Iliya Pitalev
The Thorn in WikiLeaks’ Side: FBI Informant Sentenced on Child Rape Charges
In South Sudan, which has been embroiled in an ongoing civil war since the beginning of 2014, women and girls are more likely to get raped than nearly any other place on Earth. However, until now, their plight has remained unknown to the outside world.

According to AFP, government soldiers and militia abduct women and girls and haul them off to military camps on a constant basis.

One human rights investigator said, “Nobody knows what’s happening in Mayom County,” where many of the women were taken. “Thousands of women” were estimated to have been abducted during the offensive.

“In all the southern Unity counties, it’s been the same: those women who escape are lucky. Those who don’t are raped and abducted or killed,” said the rights investigator. “The abduction of women seems to be systematic. It might be for a day, or longer, or forever.”

Tied up and repeatedly raped, sexually enslaved girls and women represent the reality of the northern Unity State.

In January, South Sudanese fighters carried out a "month of rape," as a United Nations human rights chief called it, in which entire villages were razed and civilians including children and the elderly were repeatedly raped by fighters.

South Sudan became an independent state in 2011 after voting in a referendum for independence from Sudan. The secession came after over five decades of conflict in Sudan, which commenced after the country gained independence from British colonial rule in 1956.