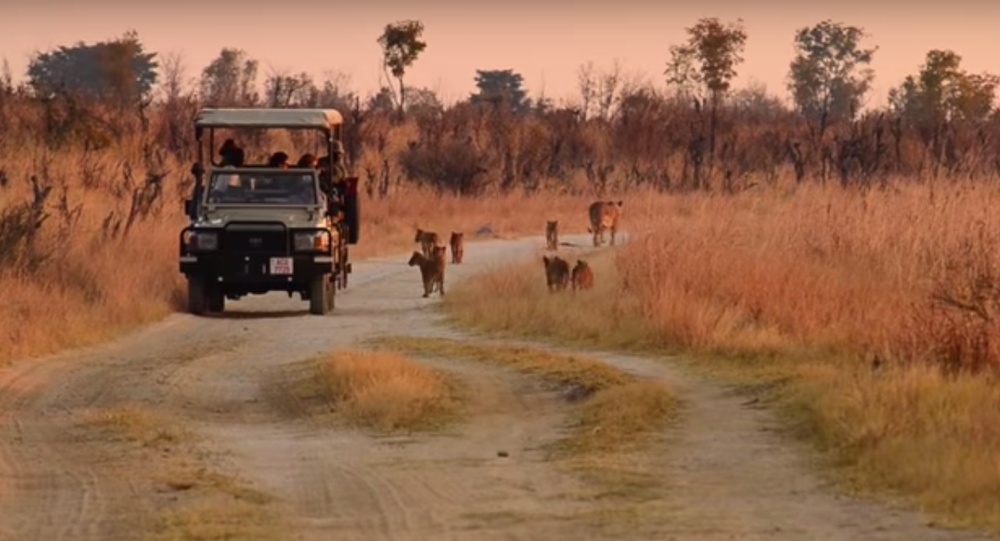 Cecil the Lion’s Cubs Alive and ‘Comfortable’ in Zimbabwe (VIDEO)

A new video posted by safari company African Bush Camps shows that the cubs of Cecil the lion, who many were concerned would be killed by a new dominant lion, are alive, well, and totally adorable!

The footage shot in Hwange National Park shows the seven cubs who are believed to be being protected by Jericho, Cecil’s brother and three lionesses who were believed to be part of Cecil’s pride.

The organization wrote that the cubs "seemed calm and comfortable in their surroundings."

The death of Cecil at the hands of Walter Palmer, a dentist from Minnesota, sparked global outcry when it was revealed that he paid $55,000 to kill the beloved animal, and that his hunting party had illegally lured the beautiful lion out of a protected area in the park.

The 13-year-old black maned lion was shot by Palmer with a crossbow, and suffered with his injuries until he was tracked down by the poachers 40 hours later and killed with a rifle.

Following Cecil’s death, safari operators in the area launched a Lion Conservation and Wildlife Fund which has already raised over $50,000.  They hope to use the money to create wider protected areas.

The Wildlife Conservation Research Unit at Oxford University, which had been monitoring Cecil prior to his death, received over $780,000 in donations, they they plan to use it to spread their own conservation efforts into larger areas surrounding Hwange.

Palmer has been in hiding since the incident and outraged protesters have forced him to temporarily halt business at his dental office.

Zimbabwean officials are seeking to have Palmer extradited back to Africa, and he is currently under investigation by the US Fish and Wildlife Service.  Two of the men from the hunt have already been arrested on poaching charges and released on bail.  If convicted, they face up to 15 years in prison.

Cecil the Lion's Killer Goes Off the Grid, But Protected by US Police

Two Out on Bail for Cecil the Lion’s Death, American Dentist Still at Large