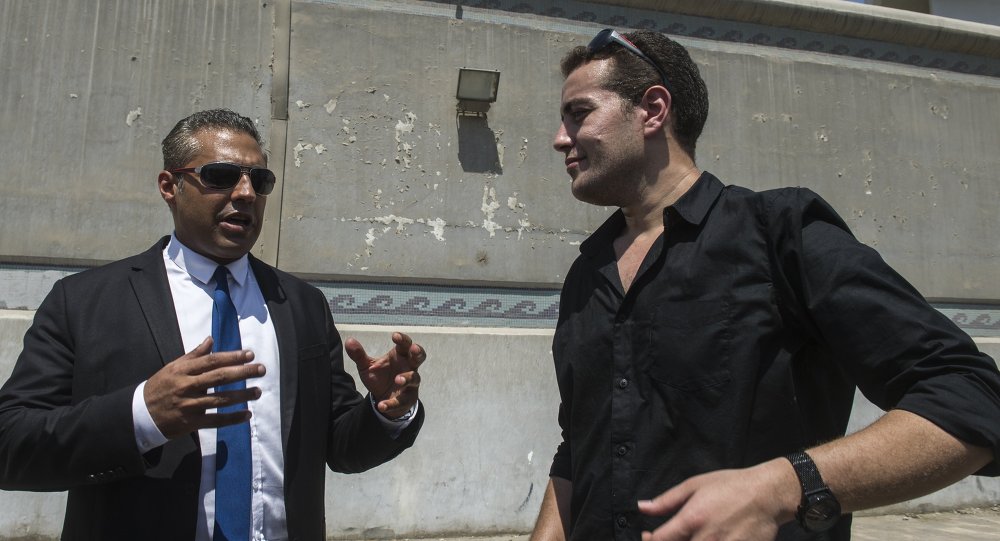 An Egyptian court postponed a verdict in the retrial of three Al Jazeera television journalists, the media network said Thursday.

© East News / Polaris Images
German Authorities Free Previously Detained Al Jazeera Journalist
MOSCOW (Sputnik) — The Cairo court was expected to deliver a Thursday verdict in a retrial of three Al Jazeera journalists on terrorism-related charges in a case that had raised international concern about media freedom in the country.

"We are extremely angry that the verdict has been adjourned today," Al Jazeera spokesperson said on Twitter, adding that the media network expected a swift acquittal.

Australian Peter Greste, Canadian Mohamed Fahmy and Egyptian Baher Mohamed were arrested in December 2013 in Egypt while covering unrest after the army ousted Islamist president Mohamed Morsi in July 2013. The three journalists were imprisoned last year, accused of spreading 'false' news in support of the blacklisted in Egypt Muslim Brotherhood.

If convicted, the Al Jazeera journalists can appeal to Egypt's Court of Cassation, which can uphold or cancel the ruling.