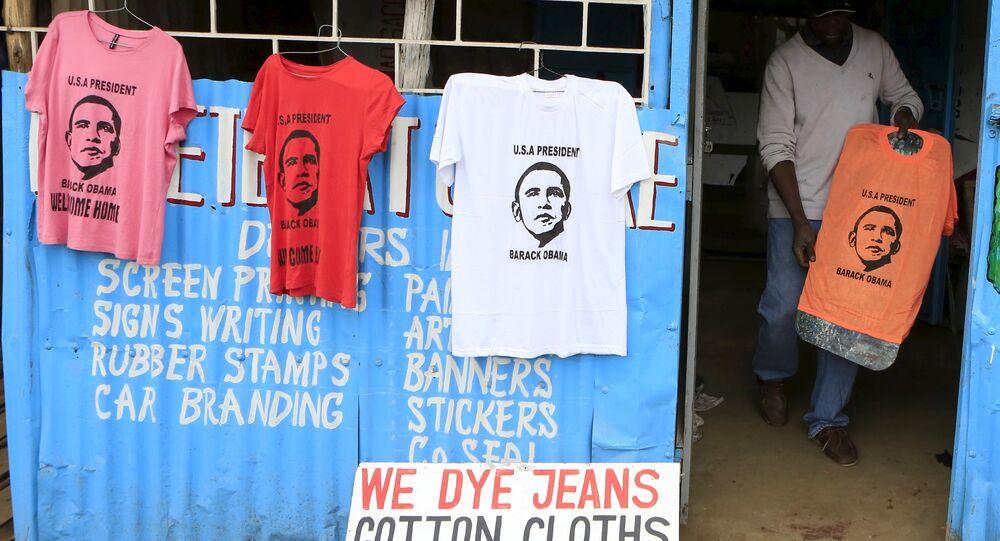 As of Tuesday, 3,600 people were signed up to participate in a mass nude protest against homosexuality in the Kenyan capital of Nairobi. After a mysterious phone call to its organizer, that event has been cancelled, seemingly to avoid embarrassing the entire country ahead of US President Barack Obama’s visit.

Last month, Vincent Kidala, leader of the Republican Liberty party in Kenyan, got some upsetting news: gay marriage was now legal in the United States. He promptly began organizing a perfectly rational response: to strip down and march through the streets of Nairobi.

"The procession shall be carried out by approximately 5,000 totally naked men and women to protest over Obama’s open and aggressive support for homosexuality," he wrote in a letter to the county commander.

The protest was to be held on Wednesday, one day ahead of President Obama’s visit to the African nation. How, exactly, the sight of thousands of naked men and women – most hired from "a network of prostitutes" – was meant to impact a world leader who was still over 8,000 miles away was perhaps one of the most baffling parts of an already bizarre plan.

But hey, if you want to dangle your goods to clearly demonstrate “the differences between a man and a woman,” more power to you.

Alas, this mass anatomy lesson – this Rebuff in the Buff, if you will. This Thongless Throng, this Dick-Pic Picket – never came to pass. After receiving a phone call from an "unidentified caller," Kidala decided it best to keep his pants on.

"The caller said President Uhuru Kenyatta is not planning to discuss gay rights with US President Barack Obama and that he is against gay rights," Kidala told the Star. "The unidentified caller said protesting would be like pushing for a terror attack. He said they have terror alerts and would not take chances."

In other words, it sounds like someone with the Kenyan government begged Kidala to keep it in its holster — or his pants.

However, while the nudists appear to be keeping their clothes on for the time being, Kidala said he’s prepared to strip at a moment’s notice if Obama makes a single comment about LGBT rights during his visit.

And he may want start ironing his tear-away pants, because according to White House spokesman Josh Earnest, Obama isn’t shy about speaking his mind.

"When the president travels around the world, he does not hesitate to raise concerns about human rights," Earnest told reporters Monday. "I am confident that the president will not hesitate to make clear that the protection of basic fundamental human rights in Kenya is also a priority and consistent [with what] we hold dear here in the United States."

Arriving on Thursday, Obama will be attending the Global Entrepreneurship Summit in Kenya for three-days, which seems like ample time for him to at least make a passing reference to "Modern Family."