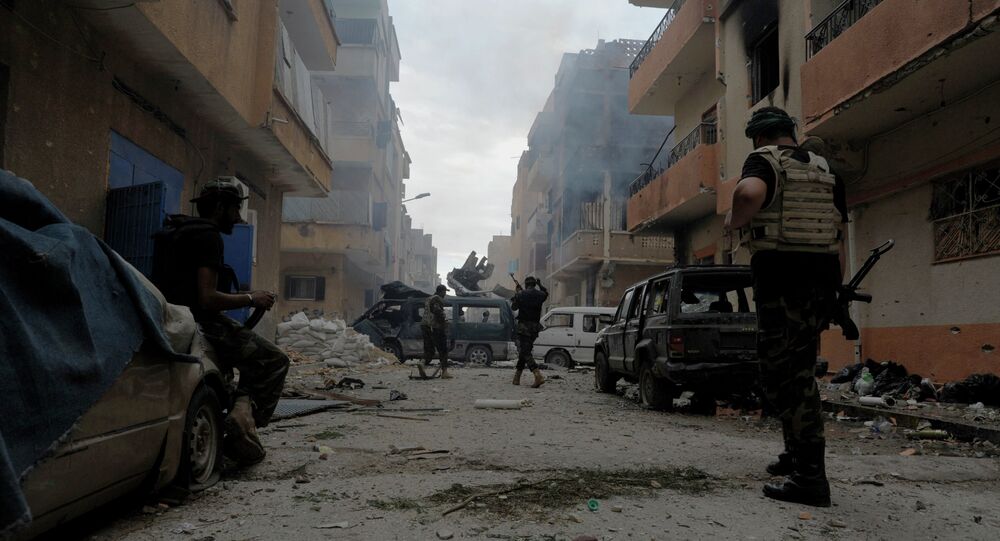 The latest result of the power struggle left by the ousting of Muammar Gaddafi, fighting in the southern city of Sabha has left over 30 people dead.

Nearly 400 miles south of the Tripoli, Sabha is the largest city in southern Libya. A surprisingly fertile oasis in the middle of the Sahara, the city has served as a major agricultural center, and that designation has made control of Sabha a strategic necessity for rival tribes in the region.

Those tensions have exacerbated by the fact that fighting in the country’s war-torn north has left the south cutoff from key supplies. Fuel has become increasingly hard to come by, and even access to Libya’s central banking system has left many in Sabha without means of support.

Frictions came to a boiling point on Tuesday as clashes between the Tuareg and Tebu tribes left approximately 37 people dead and another 22 wounded.

"Around 29 people of the Tuareg tribe were killed and four were wounded in clashes," Sabha Mayor Hamed Rafa al-Khayali told Reuters.

Zahra Adam, an official in neighboring, Tebu-dominated al-Tayori, said that eight members of the Tebu tribe were killed, with another 18 wounded.

According to another Tebu official, the conflict began after a Tebu member was killed at a checkpoint.

The two tribes have been long-time rivals, but prior to the coalition bombing campaign of 2011, the strong central government of Muammar Gaddafi kept the country stable. The power vacuum left in his absence has plunged Libya into lawless chaos.

As two opposing political bodies fight for control of Tripoli after the collapse of the interim government, the self-proclaimed Islamic State terrorist group has also taken advantage of the situation to gain ground in Libya. IS is only one of a number of militant groups vying for control of the region.

On Monday, the Italian Foreign Ministry reported that four workers with construction firm Bonatti had been kidnapped while working on a Libyan pipeline.

"[The Italian Foreign Ministry’s] Crisis Unit took immediate steps to follow the case and is in constant contact with the families of [our] compatriots and with the company Bonatti," the ministry said in a statement.

The Italian government had previously encouraged all companies to cease conducting business in the country due to unsafe conditions.

The lack of a centralized government has also led to a surge of dangerous migrant crossings across the Mediterranean. While Gaddafi’s administration installed watchtowers along Libya’s beaches to prevent illegal migration. With those preventative measures no longer operating, refugees have been flocking from across Africa to seek asylum in Europe.

In April, a migrant ship en route for Italy capsized off the shores of Tripoli, killing an estimated 900 people.