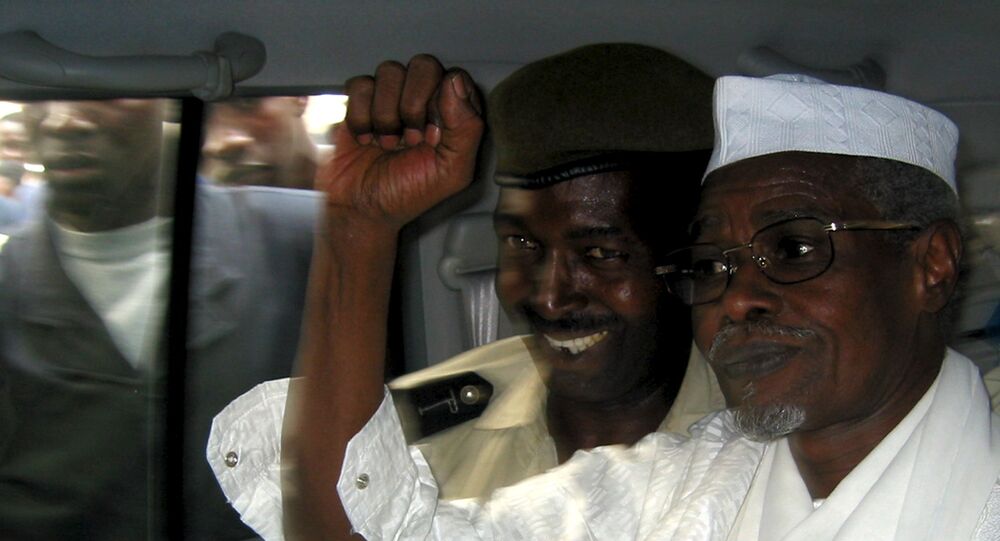 A historic trial has taken place in Dakar as former Chad president Hissène Habré appeared on charges of crimes against humanity 25 years after his fall and was dragged from the courtroom for being in contempt of court on Monday.

The dictator, who is often referred as “the African Pinochet,” refused to return to the proceedings after shouting and wrestling with the guards and is due to be brought back by force on Tuesday.

"These chambers that I call an 'extraordinary administrative committee' are illegitimate and illegal. Those who preside here are not judges but simple functionaries," Habré said in a statement read out by the chief judge, AFP reports. Furthermore, he refused to have legal representative on the processing.

The international tribunal supported by the African Union is a part of the justice system of Senegal. The case they are arguing is on of the most unique in modern history, as a domestic court is prosecuting a leader of another country on human rights violation charges for the first time.

Human Rights Watch (HRW), the US-based watchdog, has been assisting in finding legal proofs of Habré’s guilt for years. Around 100 victims of the dictator’s regime are to testify on the trial.

Victims tell me that if #HissèneHabré does not show up at his trial, it will be a sign that he has no dignity. pic.twitter.com/fHP5QHl0s9

"We want to show the Chadian people, and why not all Africans, that no, you cannot govern in terror and criminality," said Souleymane Guengueng, 66, who spent more than two years in prison under Habré’s regime, as cited by Reuters. Later the man was secretly collecting evidence of Habre's crimes.

Hissène Habré, backed mainly by the USA and France as a mainstay against Lybia’s  Muammar Gaddafi during his presidency, is accused of systematic torture and up to 40,000 political killings, rights advocates claim.

This is a useful visual recap by @AFP of what #HisseneHabre is being tried for: pic.twitter.com/IGWKtLAVv0

The dictator fled to Senegal in 1990 after being deposed by the current Chadian president Idriss Déby Itno, where he was arrested in 2000. In 2005, Senegal refused either to extradite Habré to Belgium or prosecute him domestically.

Only in 2012, the UN’s International Criminal Court (ICC) was able to order Senegal to prosecute the former Chadian president, acting on a suit from Belgium. The creation of the Extraordinary African Chambers made it possible to indict Habré in 2013, and after a 19-month investigation, the judges of the chamber decided that sufficient evidence had been gathered.

An op-ed published recently in the South African Mail & Guardian online paper suggests why the proceeding is unprecedentedly important for the African continent.

“The message is clear: crimes will not go unpunished and, even if it takes twenty years, Africa will not forget its victims. It is no longer a question of foreign interference or post-colonial justice, evoked when trials of autocrats take place in Europe or before international courts. The trials of dictators, warlords and mass criminals will now also take place in Africa,” it reads.

The UN welcomed the opening of the trial calling it a "milestone for justice in Africa" in a statement by The United Nations High Commissioner for Human Rights Zeid Ra’ad Al Hussein.