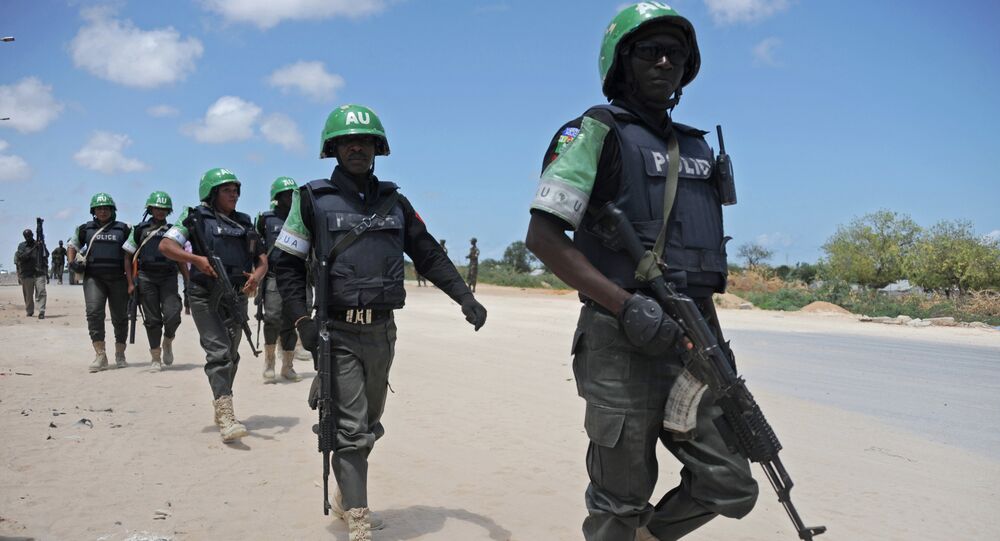 In late June, al-Shabaab militants attacked the AU peacekeepers' base south of Somalia’s capital Mogadishu and detonated a car bomb there. The assault claimed lives of at least 30 people.

"This operation seeks to clear Main Supply Routes to facilitate delivery of humanitarian aid to the population and flash al-Shabaab from all the areas, ensuring full control by the Federal Government of Somalia," AMISOM Deputy Force Commander Operations and Plans Maj. Gen. Mohammedesha Zeyinu said as quoted in the statement.

Al-Shabaab Attacks on Peacekeepers Kill at Least 45 in Somalia
According to the document, the offensive codenamed Operation Jubba Corridor started on Friday following other successful operations in recent months that have seen the militants pushed out of most regions of the country.

Al-Shabaab terrorist group, which pledged allegiance to al-Qaeda in 2012, has been staging attacks in Somalia in attempt to overthrow country's government and enforce strict Sharia law on its territory.

The group frequently carries out assaults and suicide attacks both in Somalia and neighboring Kenya.

Al-Shabaab Attacks on Peacekeepers Kill at Least 45 in Somalia